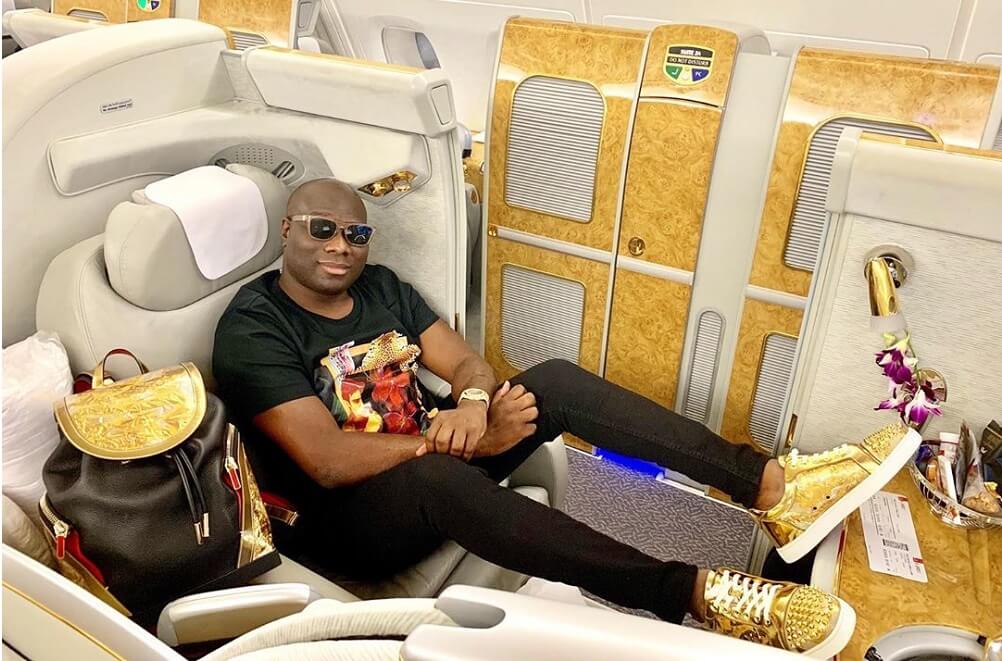 The Economic and Financial Crimes Commission (EFCC) has countered Instagram celebrity, Ismail Mustapha aka Mompha, that the commission advised him on how to conduct himself on social media after his former ally, Hushpuppi, was arrested for alleged internet fraud in 2020.

Hushpuppi, real name Ramon Abbas, was busted in 2020 alongside other suspects by the Dubai police in a series of raids code-named Fox Hunt 2 and handed over to the Federal Bureau of Investigation (FBI) in the United States.

About $40 million cash, 13 luxury cars worth $7 million, 21 laptops, 47 smartphones, 15 memory storage devices and 5 external hard drives, amongst others, were recovered from their residences.

Speaking on Hushpuppi’s arrest and reported guilty plea to business email compromise frauds in his ongoing trial in the U.S., Mompha recalled how he had warned his former ally but that he turned a deaf ear.

During a live Instagram interview with On Air Personality, Daddy Freeze, Mompha said many people had accused him of causing Hushpuppi’s travails and warned that he would be next to be picked up.

Mompha, who like Hushpuppi is fond of posting photos of lavish spending on designer wears and and luxury cars on Instagram, said pressure from people tagging him on the platform had forced him to pull down some of the pictures.

He claimed that the EFFC had, however, called him and advised him to restore the pictures to avoid raising suspicion that he was involved with Hushpuppi.

But the anti-graft agency, in a statement issued on Monday night, denied Mompha’s claim, saying it was “not in the business of advising suspected internet fraudsters”.

The statement titled “Mompha: EFCC Does Not Advise Suspect of Crime” was posted on the official Facebook page of the EFCC.

The anti-corruption agency said: “The claim which did not mention the official of the Commission who supposedly gave the advice, is spurious and should be discountenanced.

“The Commission is not in the business of advising suspected internet fraudsters and it is far-fetched that it would counsel one against whom it has pending criminal charge in court.

“Mompha and his company, Ismalob Global Investment Limited are facing prosecution by the EFCC on a 22-count charge alleging various offences such as retention of proceeds of unlawful activities to wit; fraud, failure to report transaction to the Commission as required by the provision of the Money Laundering Prohibition Act, 2011 (as amended), negotiating foreign exchange without license, contrary to Section 5 and 29 of the Foreign Exchange Monitoring and Miscellaneous (Provisions) Act, 2004; engaging in foreign exchange transaction other than through the official foreign exchange market, contrary to provision of Section 11(1) (a) of the National Economic Intelligence Establishment Act to the tune of N32billion before Justice A. M. Liman of the Federal High Court sitting in Ikoyi, Lagos.

The EFFC added that it had, “called 10 witnesses and closed its case. But rather than enter his defense, Mompha filed a no-case submission which was overruled by the Court and called upon to open his defense.”

it was reported that Hushpuppi’s trial took a new twist last week when the U.S. authorities indicted Nigerian Deputy Commissioner of Police, Abba Kyari, for having links with the suspected fraudster.

Kyari, now suspended from the police force, had denied having anything to do with Hushpuppi outside his legimate duty of enforcing the law.

But following the FBI’s damning revelation of WhatsApp chat and phone calls between Kyari and Hushpuppi, the Police Service Commission approved his suspension from the force on the recommendation of the Inspector-General of Police.

Court documents filed by the FBI had suggested that Kyari used a proxy to receive N8 million from Hushpuppi after helping him to arrest and detain another suspected fraudster and former ally of Hushpuppi for trying to expose a $1.1 million wire fraud.