I will be governor for everybody – Sanwo-Olu 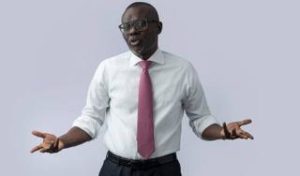 The governorship candidate of the All Progressives Congress in Lagos State, Mr Babajide Sanwo-Olu, has promised to be fair to all residents and indigenes of the state.

He spoke during a consultative meeting with a group, Committee of Indigenous Associations of Lagos State, at the Awori House, Oregun, Ikeja.

A statement on Wednesday said at the meeting, leaders of the group endorsed Sanwo-Olu on the condition that he would get a special status for Lagos.

The group, according to the statement, also promised to stand behind the APC candidate in his effort to take the state to another level of development.

Responding, the governorship hopeful said the meeting was necessary to listen to the concerns of the indigenes.

He described the Aworis, the indigenous Ikorodu and Epe inhabitants, as well as the people of Isale Eko extraction as “original stakeholders” in the Lagos project.

“Integrity is the greatest qualification I am putting at stake in this race to govern Lagos. My five-point programmes contained in my manifesto are carefully designed to take Lagos to a new level of development. Everybody will be part of our government and no discriminatory agenda will be initiated against anyone, irrespective of ethnic group or status,” he said.

He promised to review the physical planning and environmental laws of the state to restore sanity and improve the mega city status of the state.

Sanwo-Olu also said his administration would prioritise the provision of quality education that would be driven by technology, adding that the state would revive its agriculture and improve transport system.