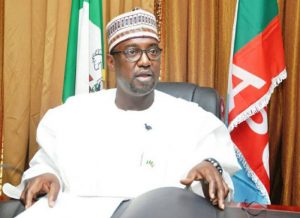 Niger State Governor Abubakar Sani Bello has admonished members of the All Progressives Congress (APC) to stop considering him as governor for APC alone rather than governor of the entire state.

His words: “Election is over and it is now time for governance and for our people to enjoy the dividends of democracy. The state is one and we must remain as one.

“The recent Supreme Court judgement has put an end to all those divisions and so what we need now is to join hands and move the state forward, especially in the area of security.”

Bello stated this in Minna Tuesday when 25 recently elected council chairmen visited his office to congratulate him on his victory at the Supreme Court.

Commissioner for Local Government, Community Development and Chieftaincy Affairs, Abdulmalik Sarkindaji, applauded the election that brought them into office and urged the people to hold their elected officials accountable.