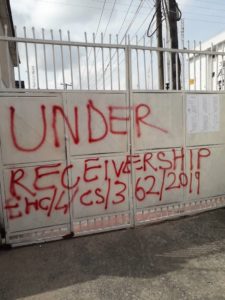 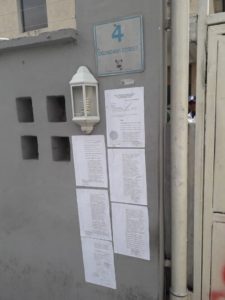 Indications have shown that Heritage Bank Plc yesterday, on an order of Federal High Court Ikoyi Division seized the property of Smooth Promotions Limited, owner of Hip TV, owned by Ayo Animashaun, situated at No. 4 Ogundana Street, Off Allen Avenue, Ikeja; Lagos following inability to pay back the bank loan worth Hundreds of Millions.

The asset was seized in execution of an order of the court authorising Mr. Gani-Gidado Abubakar, who is a Solicitor and Insolvency Practitioner, as the Receiver/Manager of Smooth Promotions Limited pending the determination of the orders of Court in Suit No: FHC/L/CS/362/19.

Meanwhile, Animashaun on his social media platform hinted that he is suing Heritage bank through his attorney, Kemi Pinheiro LP, but refused to go into details.

However, a visit to the premises of the aforementioned property showed that the bank has taken possession of the property under the court order.

Also, a source who is familiar with the case disclosed that as the obligor, Animashaun who is indebted to Heritage bank, to the tune of N185 million, and all effort to have him pay up his debt has proved abortive over a long period of time, which prompted the bank to secure a court injunction from a Federal High Court in Ikoyi.

“NOTICE is hereby given that all the properties comprising of but not limited to plants and machineries belonging to SMOOTH PROMOTIONS LIMITED and falling within the ambit of the receivership have been taken over and are now in firm possession of the Receiver/Manager,” the publication stated.

Whilst, the Publication further noted that banks, financial institutions, companies, general interested members of the public, debtors and creditors have been directed that all deposits, cash and other Assets currently held should be held until the issuance of further instructions and pay directly to the Receiver/Manager respectively.

Meanwhile, Ayo Animashaun had earlier declined further reactions on the above report; he claims the case is ongoing in court, but promised to do so when he is permitted to do so.