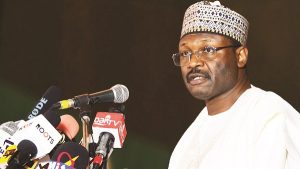 Opinion is divided on the prospects and viability of electronic voting in 2023 polls. But, some stakeholders want the Independent National Electoral Commission (INEC) to take a cue from the Kaduna State Independent Electoral Commission (KADSIECOM), which has successfully deployed technology twice in the local government elections. Deputy Editor EMMANUEL OLADESU reports.

Electronic voting is still a tall order in Nigeria. Ahead of 2023 general elections, there is no consensus on the deployment of technology. Although the Independent National Electoral Commission (INEC) had initially raised the home that the novel method would be adopted, there is no assurance that there will be a clean break from the past.

However, many observers think that the use of technology is possible, if other factors, including power, literacy level network coverage, and commitment on the part of the electoral commission are considered.

The technological approach is less cumbersome and less expensive. The voting process, including storage and result transmission, is driven by technology. There is no room for ballot stuffing. Multiple-thumbprinting may become a thing of the past.

The outcome of the recent local government elections in Kaduna State should give a ray of hope. On two occasions, Kaduna State Independent National Electoral Commission (KADSIECCOM) has successfully conducted councillorship and chairmanship polls without serious hitches.

During the exercise, the merits of electronic voting were glaring. It was a clean contest devoid of the peculiar manipulation, irregularities, falsification of results, hijack of ballot boxes, intimidation, thuggery and other fraudulent tendencies.

The elections were adjudged to be credible, free and fair.

Unlike in other states where the ruling party will clear the votes, reminiscent of the dubious landslide victory of the notorious National Party of Nigeria (NPN) of the Second Republic, votes garnered by the Peoples Democratic Party (PDP) were protected. The confidence of the opposition was boosted, although the ruling All Progressives Congress (APC) won majority of the councils.

Hailing the poll results, which reflected the reality on ground, the Nigerian Supreme Council for Islamic Affairs(NSCIA), described it as a big gain for democracy.

Also, Kaduna State Governor Nasir El-Rufai, said the state has demonstrated political will and courage. “The local government elections further validate the Kaduna State government’s decision to invest in Electronic Voting Machines to promote electoral integrity and transparency. Kaduna State is proudly upholding a new chapter in elections in Nigeria, using electronic voting technology, championed by a government that is determined to respect the out one, win or lose,” El-Rufai added.

He also spoke on the uploading of polling unit results in real-time on election day.

He said the technological methods were adopted, following the clamour by stakeholders for the strengthening of the voter accreditation process during elections, especially with reference to the use of incident form where the SCR fails to authenticate the fingerprints of voters.

He acknowledged that such concern is legitimate, given the fact that the SCR successfully verifies any card that belongs to the polling unit for which it is configured irrespective of who presents it.

However, there is an apprehension stemming from the use of the incident form to cover those whose fingerprints are not authenticated by the SCR, thereby making a voter to use another person’s PVC to vote during an election.

Yakubu said to address this, INEC attempted to introduce the facial biometric authentication during accreditation, using the Z-Pad tablet to complement the fingerprint process through the Card Reader before the Edo State governorship election in September last year.

But, following it’s failure during the Nasarawa Central State Constituency by-election in August, it was suspended to allow the Commission to fine tune it.

Yakubu added:” The Z-pad was therefore, only used to upload Polling Unit results to the IReV portal during elections.

“The functionality of the Z-pad has now been integrated into the IVED currently used for voter registration. On election day, the same device will become the Bimodal Voter Accreditation System (BVAS) to be used, first, for fingerprint authentication during accreditation, and where it fails, for facial authentication.

“We believe this will eliminate the possibility of voting by identity theft, using another person’s PVC. Where the voter fails both the fingerprint and facial authentication, he/she will not be allowed to vote. Going forward, the mantra is: no electronic authentication, no voting. We are convinced that the new machine is robust enough to further guarantee the credibility of voter authentication and transparent management of results during elections.”

Many voters believe that the commission has sufficient time to deploy ballot machines and carry out the necessary public enlightenment to sensitise voters ahead of general elections. The mass on-line registration by voters attests to their willingness to embrace electronic voting

The puzzle is: will reverting to the use of the manual paper ballot system foster electoral transparency and credibility?

Will this not make a mockery of the clamour by Nigerians for digitalised elections to improve its credibility?

Will Nigeria not be on the retrogressive path, if INEC goes ahead to ditch the introduction of electronic voting machine for the outmoded ballot paper system?

Experience has shown that in previous elections, the manual ballot system has put INEC under heavy logistics burden, including the printing of electoral papers and hiring of thousands of ad hoc staff, which is inimical to the current measures put in place by the Presidential Steering Committee on Covid19 protocols.

Nigeria’s current voting population is over 84 million. It does not make any economic sense to use the ballot paper system for a country that does not produce paper, especially at this time of depleted foreign reserves and scarcity of foreign exchange.

Many stakeholders believe that the electronic machine, when procured, can be disinfected. It even makes it easier to adhere to Covid 19 protocols. It can also be secured for future elections, thus saving the country the billions of naira spent on printing ballot papers in every election cycle.

Section 52(2) of the Electoral Amendment Act Bill, which deals with electronic transmission of election results, is the divisive issue.

During the public hearing on the Electoral Act Bill, stakeholders agitated for the deployment of technology. To them, it is the baseline for vote protection. But, the two chambers of the National Assembly failed to uphold the demand for greater electoral sanctity. There was no joint parliamentary consensus or unanimity.

While the House of Representatives appeared disposed to granting the power to employ electronic transmission to the Independent National Electoral Commission (INEC), the Senate was reluctant. A section of the Upper Chamber wanted the electoral agency to seek permission from the National

Communications Commission (NCC) and the National Assembly before employing the method in any part of the country.

Does it mean that the lawmakers also have access to a pool of information on the danger of electronic transmission hidden from the public or they are pursuing a hidden agenda as alleged by the opposition?

The voting pattern on the floor of the Senate contradicted public yearnings; 52 voted in favour of the rejection of electronic transmission, 28 voted in its favour and 28 shunned voting.

However, INEC was not swayed by the parliamentary tide. Its National Commissioner for Information and Voter Education, Festus Okoye, said the electoral commission has the capacity to transmit election results electronically from remote areas.

He said: “We have uploaded results from very remote areas, even from areas where you have to use human carriers to access. So, we have made our own position very clear, that we have the capacity and we have the will to deepen the use of technology in the electoral process.”

Clearly, INEC is handicapped. Its hands are tied by the law. Okoye said since the commission is bound to operate within the limit of the law, it cannot exceed the boundary.

The proposed amendment is counter-productive. It places the country at the mercy of the federal lawmakers. But, their word is not final. The last hurdle is the presidential assent. It does not appear that the final seal will be elusive. But, the country has to prepare for the consequences of the new laws.

The Electoral Act review is very important. It is critical to the survival of electoral democracy. There is a general clamour for the sanctity of the ballot box. Yet, it appears there is shortage of courage by the National Assembly to take the bull by the horn and confront the challenge.

Majority of the federal lawmakers demonstrated gross insensitivity. The voting pattern on the floor underscored the huge gap between personal interest and public expectaon. But, in the final analysis, in whose interest is electoral malpractices?

After the electoral terrorism supervised by INEC in 2003 and 2007, agitations for electoral reforms had intensified. Civil society groups and opposition parties called for electronic voting. The clamour never yielded results.

Subsequent elections have been worse, making stakeholders to renew their demands for electronic transmission. The belief was that votes were usually manipulated between polling stations and designated centres for collation.

Is manual tallying the answer in 21st century Nigeria? Is it not permanently susceptible to gross manipulation? What has previous elections taught the country?

Collation of results is always problematic, chaotic and can be violently disrupted by candidates, party members and thugs. Cases of missing results are associated with the archaic method of manual transmission, whereby those who win elections at polling booths end up losing at collation centres.

Collation centres are hardly insulated from fraud. The process can be subverted at that level by unscrupulous electoral officer, following financial inducement. Besides, chances of human errors are reduced. Logistic problems, lack of vehicles and canoes to transport results are averted.

Electronic transmission has the potentials of reducing errors during the calculation of results. The ease of collation is enhanced. When polls are electronically transmitted from polling booths, candidates and party agents can do their own tallies. Thus, nobody can tamper with poll outcomes at the collation centres.

In these days of e-commerce, ebanking and other technogical advancement, e-voting would have been attempted to know its relative advantages. There is the argument that due to the literacy level, it may not be hitch-free.

A lawyer, Monday Ubani, said the proposed amendment to the Electoral Act should resolve these challenge. He said it is necessary in the interest of electoral democracy.