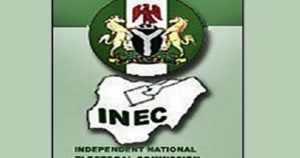 The Returning Officer for Imo State elections, Prof. Francis Otutna, has ordered the arrest of the Collation Officer of Ohaji Egbema Local Government Area (LGA), Prof. Kelechi Ehirim, for allegedly altering the results of the LGA.

Otuana, who apparently had the results from the field, announced that the figures Ehirim presented were doctored.

Immediately he gave the order, security operatives moved in and led away Ehirim and the Electoral Officer of the LGA, Mr. Christian Ogbuagbu.
The duo were later handcuffed and taken out of the collation centre.

Earlier, the Resident Electoral Commissioner (REC), Francis Ezeonu, had said he was not under pressure to declare any politician winner of the election.

“I want to assure you I am not under any pressure to declare anybody winner. We just want to speed up the process,” he had said.

During the presidential and national assembly elections, some returning officers said they were forced to declare some candidates winners.