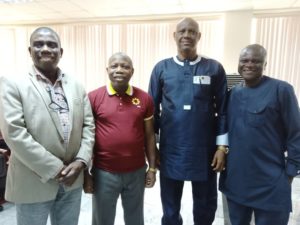 The event is scheduled to hold at Iyara Town Hall Premises, Iyara, Kogi State by 10 am.

A statement dated 5th September, 2019 and jointly signed by the President of IDM, Professor Mike Ikupolati and its Director General, Mr. Funso Fayomi, revealed that the 2019 Iyara Day, celebration is the 26th in the series and it will feature cultural activities by various groups to make the event memorable.

The theme of the celebration, according to the statement, which was made available to journalists, is “Operation Quench Thirst In Iyara Water Project” and the event would be marked with fanfare such as cultural dances, displays, and celebrations.

The water project is estimated to cost N100 Million.

It will be recalled that the fund raising for the ambitious project started during the 25th Anniversary of “Iyara Day” in September last year.

Expected at the event, which had been endorsed in the past by former president Ibrahim Babangida and Chief (Mrs.) Kemi Nelson, are the Executive Governor of Kogi State, Yahaya Bello, who is the Special Guest, while the Minister of State for the Federal Capital Territory, Hon. (Mrs.) Ramatu Tijani Aliyu is the Special Guest of Honour.

Others that will add colour to the ceremony are the Board Chairman of Financial Reporting Council of Nigeria and a top management consultant, Mr. Dotun Sulaiman, who will serve as the Chairman of the event and the Chairman of Nigerian Insurance Association, who is also the Vice President of the African Insurance Organization and Managing Director of NEM Insurance PLC, Mr. Tope Smart, who is the Chief Launcher.

Ikupolati and Fayomi revealed in the statement that the water project was meant to provide potable water for the people of the community and put an end to years of suffering of the residents due to unavailability of potable water in the community.

“This year’s Iyara Day has been planned to be the best in recent times.

“We are happy that we are all alive to celebrate this special day and we look forward to seeing our people trooping to the town and joining us in this celebration and fund raising ceremony.

“We use this opportunity to invite all Okun sons and daughters to this special event and we assure them that they will be glad to be part of this year’s event that promises to be full of actions, colour and tradition,” they said in the statement.

It will be recalled that In 1993, a group of young persons identified the advantages of community day celebration they witnessed in their respective areas of domicile and were motivated to replicate same in Iyara, headquarters of Ijumu LGA, Kogi State.

The celebration was the first of its kind in Okunland and it has become an avenue to unite the people of the community.

Ikupolati and Fayomi revealed in the statement that the laudable idea of “Iyara Day” is the flagship of such celebrations in Okunland and that it has become a reference point, which others have since emulated.

The duo emphasized in the statement that “Iyara Day” has become an avenue to unite the people of the community and that it is getting better by the day.

They recalled that the jubilee celebration of “Iyara Day,” which they said held in September 2018, is still being talked about by the people of the community and others, adding that this year’s celebration would be far better.

“Iyara Community will always be grateful to God for what He has done for us and we will continue to showcase those things that unite us as a people.

“We are committed to the development of Iyara Town and its people and we are proud of the dreams of the founding fathers of Iyara Community and Iyara Development Movement (IDM) will continue to do its best to move the community and it’s people forward.

“May you be honoured and celebrated as you be a part of this event and we are sure that your efforts will not be in vain as you support our humble efforts of uplifting our common heritage,” the statement read.