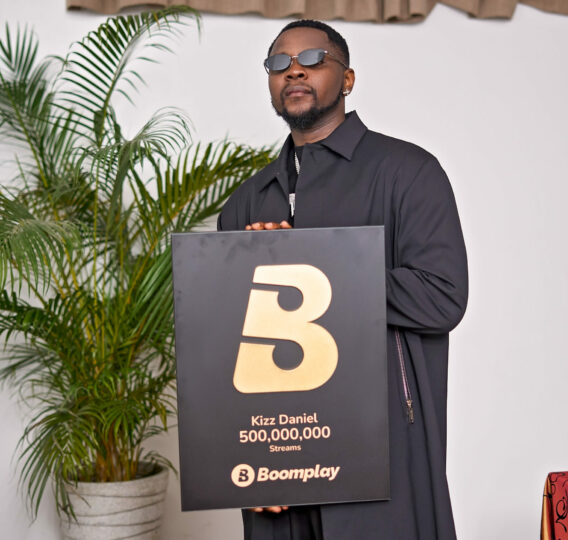 Nigerian Afro-pop singer/songwriter, Kizz Daniel, has been awarded a gold plaque for making history yet again with a whopping 500 million streams on Boomplay.

This comes after he wowed his fans with a spellbound performance at his Lagos Afro-Classic concert, Eko Convention Center on Saturday.

Recall that Kizz Daniel, who released his hit single, “Buga” in June 2022, was the first African to hit 300 million streams on Boomplay.

He has now pushed the envelope by hitting 500 million views on the same platform—a massive feat that he attained by relentlessly releasing great music, growing and expanding his fanbase within and outside Nigeria.

Receiving the 500 million gold plaque amidst great excitement, Kizz said: “This award is dedicated to all my fans worldwide who have contributed immensely in streaming my songs.

“Thank you all for the love,” he added.

Recently, he performed “Buga” at the 2022 FIFA World Cup in Qatar, establishing himself as a force to reckon with globally.