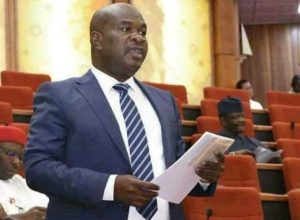 If information filtering in from Kogi State political circle is anything to go by, the Peoples Democratic Party, PDP Kogi East senatorial candidate in the 2019 election who also is the present lawmaker representing the district at the upper chamber,  Senator Attai Aidoko could as well add “former” to his appellations as his greatest challenge appears to be coming from his party, the PDP, on account of his my-money-can-get-it disposition as well as his notoriety for using and dumping party faithful.

A few days ago, we gathered Sen. Aidoko he enlisted the Odoma Attah Igala and a few party stalwarts to begin the process of reconciliation with aggrieved party members ahead of the senatorial election in weeks. Aidoko is banking on the Atiku influence and the “level of political literacy” of his people to be victorious. But, times have changed as the other two major contenders and Parties appear to have dug deeper than any reconciliation can abate.

Statistically, all the political parties in Kogi East account for less than 30% of the electorate leaving over 500,000 votes to the decision of the electorates assuming party members will, without question, vote the candidates on their various platforms.

There’s also the issue of constituency loyalty and certain salient understanding on the region to produce the next senator of Kogi East,  not  on the front burner but very major decider of the voting pattern in the forthcoming senatorial election.

In the final analysis, the senatorial race has become a two-horse one between Dr. Victor Alewo Adoji of the ADC and Alhaji Jibrin Isah aka, Echocho of the APC.  Two candidates are strong in their own rights and in the end it comes down to two things: alliances and partnerships across concerns and interests.

As for Senator Aidoko, he has deceit, double-speak and payback to contend with. Whether he’s able to circumvent the imaginary huddles and leverage the acceptability of Atiku, his party’s presidential candidate is left to be seen.