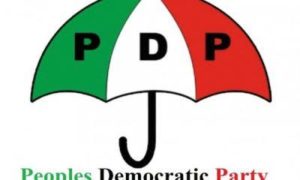 Information filtering in from the political circle in Kogi State revealed that the three senators currently representing state at the red chamber under the Peoples Democratic Party (PDP) have taken their re-election bid to an unimaginable level as they feared that their constituents no longer needed their services.

Reliable informants alleged that Senators Attai Aidoko – Kogi East, Dino Melaye – Kogi West, Ahmed Ogembe – Kogi Central have perfected plans to get the senatorial tickets of their various constituencies by selecting well-briefed Party and INEC officials with specific instructions to manipulate the primaries slated for Tuesday October 2nd, 2018 in their favour. This is coming few days after the trio failed to secure an automatic ticket from the party.

The trio according to sources, has Senator Aidoko as its strategic head for the scheme and he’s expected to deploy his well-known underhand tactics to sway the outcome in their favour.

The source further disclosed that the senators have also perfected a grand plan to engage the services of thugs to harass delegates that are not committed to them thereby forcing themselves on the people.

It was alleged that the senators also planned to refuse other aspirants access to the venue of the election and that is why they are working with some powerful elements in the party to achieve their aim.

We were further informed that the senators planned to cause commotion if things don’t go their way.

“Senators Aidoko, Melaye and Ogambe are desperate to return to the senate chamber in 2019 at all cost. They are using all within their power to get the ticket of the party despite their unpopularity and I can tell you that they will fail” said a reliable source.

The source recalled that the youths in Kogi East Senatorial District had earlier rejected the re-election of Senator Attai Aidoko.

The source stressed: “Just imagine Aidoko, the longest-serving federal lawmaker from Kogi East, but ironically, “the worst amongst all. He has serially failed in terms of good legislation, provision of amenities through constituency projects and youth empowerment. Aidoko should be told the naked truth. He must be told that the seat of Kogi East doesn’t belong to his family neither any godfather.”

“As a Senator, he can’t point at one single thing as achievement that we can call his Constituency project.

“He is only after his personal interest and that of his godfather which is not good for our people in need of development. In fact, Aidoko is a liability on the good people of Kogi East and he has no political relevance in both the region and at the national level. Aidoko as Chairman Senate Committee on SDG sold contracts and did virtually all the contracts using proxies. He’s that self centred “the source alleged.

Another source said “Also look at Dino Melaye, a political prostitute who does not even know what legislation is all about. It’s really a big shame!”