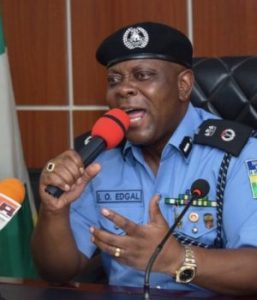 The Police Command has given two weeks ultimatum to individuals with‘pump action firearm’  and other guns to submit their arms, licenses for verification and re-validation.

The orders was contained in a statement by the command spokesman, SP Chike Oti, stressing that the exercise became necessary in view of security challenges in the country.

“Those issued with licence to bear pump action firearm or other repeating firearm operated by a slide action mechanism, by the Lagos State Police Command Firearms Registry(D7), are to submit their weapons and Licences to the Divisional Police Officer (DPO) of the closest Police Station for verification, confirmation and revalidation.

“The move is to enable the command update its data base with information about the owners, licences, and state of the firearms. “ The owners of these firearms types are given two weeks grace period from the date of this publication(Feb. 24) to ready themselves for the exercise which will last till March 29.

“The Commissioner of Police, Lagos State, enjoins all licenced gun owners to take advantage of this revalidation programme as firearms found in the possession of anybody or group who did not participate in the exercise would be deemed as illegitimate.

“Such an individual or group would be arrested and charged for unlawful possession of firearm(s) in accordance with the provisions of Prohibited Firearms Act 2004, Laws of the Federation,” the police said.