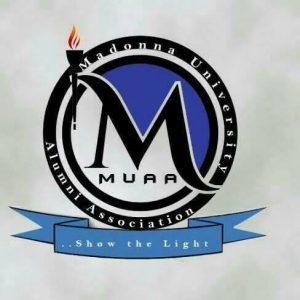 Madonna University Alumni Association (MUAA) has communicated its shock and remorse at the demise of Mrs. Adaeze Destiny Ikpeama, a member of the association who passed away on 10th April 2021 at a hospital in Lagos State.

Speaking through its National President, Peter Nwachukwu, the Alumni body posited that the sorrow being felt by the members of the association has been further deepened by the news making the rounds about the nature of her death. He said “it is very unfortunate that we have lost a member who was in her prime. It is even more shocking to learn about the details surrounding her death. The news making the rounds are unpalatable and we call on the relevant authorities to ensure that they carry out a thorough investigation to ensure that justice is served.” Domestic violence in whatever form is unacceptable and we are wholly against it. All members of Madonna University Alumni Association nationwide are concerned and I assure you that we will follow the developments very keenly. It is a very sad situation” he added.

Mr. Nwachukwu called for sterner sanctions from the relevant agencies to serve as a deterrent towards incidences of this nature in the future. In his words, “Media reports say that the domestic abuse in the home of the demised was a frequent thing. Why were there no cases filed? Why were there no arrests? Why were sanctions not made? We cannot eradicate the threat of domestic violence from our society if there are no weighty sanctions that will serve as a deterrent to people who engage in it. Equally continuous public sensitization is required to bring members of the public around on the ills of domestic violence.” Commenting further he stated, “The mental and psychological strains brought about by the outbreak of the Covid-19 pandemic are still very much with us. When you take into consideration the hardship brought about by the current economic situation, you are faced with an assortment of people who are ticking time bombs, waiting to explode. Consistent sensitization will go a long way to ensure that the rate of domestic violence in our society is greatly reduced”.

It will be recalled that as part of investigations into the cause of death of Mrs. Adaeze Destiny Ikpeama, the Lagos state police command in a statement released through its spokesperson CSP Olumuyiwa Adejobi confirmed the arrest of Mr. Anthony Ikpeama, husband to the deceased, stating that the suspect is being investigated in connection with circumstances leading to the death of his wife.