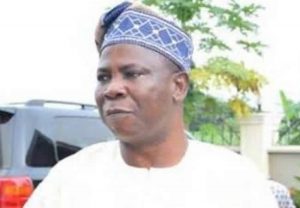 Ex-Ondo State Deputy Governor Lasisi Oluboyo and some leaders of the Peoples Democratic Party defected to the All Progressives Congress on Saturday.

Oluboyo, who was ex-governor Olusegun Mimiko’s deputy, dumped the Zenith Labour Party to join the ruling party alongside a former chairman of the PDP in the state, Col Samuel Awodeyi; ex-chairman of the Local Government Service Commission, Chief Olabisi Johnson; and ex-Commissioner for Employment and Productivity, Mr Taye Akinyele.

The defectors were received by the state chairman of the APC, Ade Adetimehin, and Governor  Rotimi Akeredolu.

Akeredolu said,  “We do not discriminate against new members. As a testimony, both the number two and three, that is, the deputy governor and the Speaker, were not originally members of the APC. But here they are today. It is possible for all those who are coming on board to reach their heights destined by God and no man can stop it.

“With this new calibre of people today coming to  the APC, it means we are moving forward and I know that Adams Oshiomhole, our national chairman,  will be happy as well.”

Adetimehin said the developmental programmes of the APC was a major factor that attracted the defectors.

He said, “The state has witnessed tremendous development in industrialisation. The last time we had industries in Ondo State was during  the Adekunle Ajasin administration  but Akeredolu has established no fewer than four industries in Ore.”

Oluboyo described Akeredolu as a man of integrity.

He assured the governor that he would add value to the APC.

He said, “We believe in the leadership of Akeredolu and that of Adetimehin. Mr Governor, I will work with you with all sincerity.”

Speaking on behalf of the detectors, Mr Olabisi Johnson emphasised the need to support  Akeredolu.