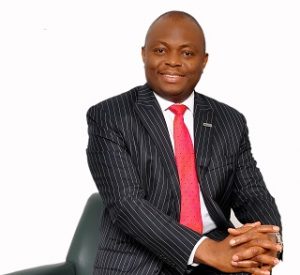 There seems to be more trouble for the embattled Managing Director and Chief Executive Officer of Fidelity Bank Plc, Mr. Nnamdi Okonkwo, and some officials for allegedly receiving $115m from a former Minister of Petroleum Resources, Diezani Alison-Madueke.

This is coming as a staff of the lender, Mr. Timothy Olaobaju, told the Federal High Court in Ikoyi, Lagos, that his bank disbursed the sum of N264 million to two officials of the Independent National Electoral Commission (INEC), Christain Nwosu and Isa Olarenwaju Adedoyin, who are currently standing trial for unlawful gratification.

Mr. Olaobaju, who gave testimony as a prosecution witness, told the court on Wednesday that a sum of N115,000,000 was deposited into the bank by different oil companies and some individuals on the instructions of former minister for petroleum, Mrs. Diezani Alison-Madueke. He stated further that more instructions came from the minister that certain individuals whose names were drafted on a list would come with means of identification and that the money be disbursed to them.

“Around 2015, there was a meeting between our MD and former petroleum minister, in which she explained that some companies and individuals will come to pay into some accounts. In addition, she said certain individuals were bringing some cash for her and a total sum of $89,000,000 was paid into these accounts.

Those individuals brought $25,000,000, “the witness said. He added that the money was converted to naira, totaling N115 billion and distributed across persons from 36 states of the federation. When the prosecutor, Rotimi Oyedepo, who lead the examination in chief, asked the witness how he knew the defendants, he said, “There was an instruction that they should be paid N264,880,000 and they were paid. The instruction to pay them came from head office as instructed by Diezani.”

He also informed the court that they signed the receipt of payment which was subsequently admitted as evidence. The defendants were arraigned on Wednesday, April 5, 2017 alongside one Tijani Bashir, who in the course of the trial entered into a plea bargain agreement with the commission. Bashir pleaded guilty, returned property purchased with the proceeds of crime and paid a fine of N5,000,000.

They were accused of taking bribes from the former Minister of Petroleum. The presiding judge, Justice Muhammed Idris, adjourned the matter till next day, Thursday, June 29, for continuation of trial.