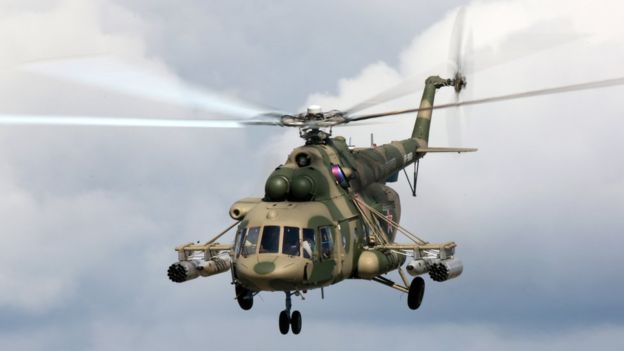 A Nigerian Air Force (NAF) Helicopter was lost in combat while providing close air support to troops of 145 Battalion at Damasak in Northern Borno State.

The mission was part of the ongoing counterinsurgency operations in the North East.

1. The Air Task Force (ATF) of Operation LAFIYA DOLE has destroyed a building being used as meeting venue by Islamic State of West Africa Province (ISWAP) fighters near Baga in Northern Borno State.

The attack was conducted yesterday, 1 January 2019, after series of Intelligence, Surveillance and Reconnaissance (ISR) missions confirmed that the building was being used as an assembly point by the terrorists.

A direct hit was recorded on the target leading to significant damage to the structure and neutralization of the occupants.

2. You are requested to please disseminate this information through your medium for the awareness of the general public.

It would also be highly appreciated if the attached short video clip, which is now declassified, is shown to the general public for them to witness parts of the attack.