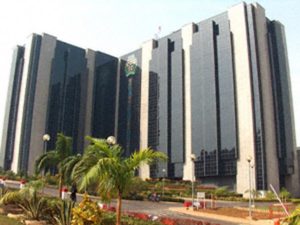 What are the details of the resolution of the dispute between the Central Bank of Nigeria (CBN)  and telecommunication giant MTN Nigeria on the alleged improper repatriation of about $8.13 billion?

A Non-Governmental Organisation (NGO) is asking the question following the adoption of an out-of-court settlement as final judgement by the Federal High Court in Lagos on January 10.

The Human and Environmental Development Agenda Resource Centre (HEDA) said it was invoking the Freedom of Information Act on the apex bank.

According to the Resource Centre, the wide margin between the reported final payment and the alleged charged sum has left the public puzzled as to the procedure and steps taken to arrive at the resolution.

The request reads: “On the 4th day of September, 2018, the online platform of the Business Day Newspaper reported that the Central Bank of Nigeria sometimes in 2018 revealed that MTN Nigeria illegally repatriated foreign exchange of about $8.13 billion with irregularly issued Certificates of Capital Importation (CCIs) by some commercial banks namely; Standard Chartered Bank, Citibank, Diamond bank and Stanbic IBTC bank and also converted its shareholders’ loan to Preference shares without fulfilling the requisite conditions.

“It was reported by Sahara Reporters, an online newspaper on the 6th September, 2018 that the Attorney General of the Federation and Minister of Justice, Abubakar Malami gave a 14-day ultimatum to the affected banks and the telecommunication company to pay the fine awarded against them by the Central Bank of Nigeria vide a letter that originated from the Attorney General of Federation’s office dated the 3rd of September, 2018.

“Sequel to this, the affected banks were sanctioned by the Federal Government and appropriate fines were paid by the banks.

“In furtherance of the above paragraph, the Nigeria Lawyer Online legal newspaper reported on the 24th day of December, 2018 that the alleged charge of improper repatriation leveled against MTN Nigeria has been resolved to the tune of $52.6 million as against $8.13 Billion earlier reported as the fine to be paid by the telecommunication company.

“There seems to be a wide margin between the reported final payment and the alleged charged sum which has left the public puzzled as to the procedure and steps taken to arrive at the resolution.

“It is on the above basis that we are making this request, as we believe that the records and details of the said resolution made available will aid the investigations of our organisation, thus this application is brought pursuant to the provisions of Section 2, 3, and 4 of the Freedom of Information Act, 2011.

“We look forward to your utmost cooperation and the prompt response to this requested information and in any event, within seven (7) days of the receipt of this application as provided for under the Freedom of Information Act,” HEDA said.