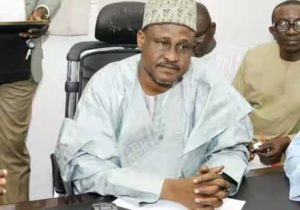 The Bureau of Public Procurement, BPP, has said it will now utilize digital technology in all procurement in order to deepen its current reforms.
BPP’s Director General, Mamman Ahmadu, stated this on Tuesday at a database workshop organized by the bureau in Abuja for contractors, consultants and service providers (CCSP).

He explained that the digitization of Nigeria’s public procurement process would allow for more participation, efficiency, and transparency toward ensuring the country achieved desired results.
“Nigeria has also joined the rest of the world to ensure that the best global practices in public procurement process is strictly adhered by going digital in order to allow for more participation, efficiency and transparency towards ensuring that the public procurement reform receives the needed attention and delivers ultimately for the good of the country,” Ahmadu said.

He further said that the Public Procurement Act (PPA, 2007) prescribed the need for the regular categorisation of data on CCSPs in order to enhance specialization, high performance and reduction in the cost of tendering in public procurement.

Speaking also, the Minister of State for Works, Suleiman Hassan Zarma, stressed the critical nature of the latest categorisation matrix for CCSPs; adding that it will not only allow for a more robust participation of all stakeholders but also give room for specialization.
He also mentioned the need to ensure local contractors are also considered in the matrix due to their basic role in the infrastructural development process of the country.