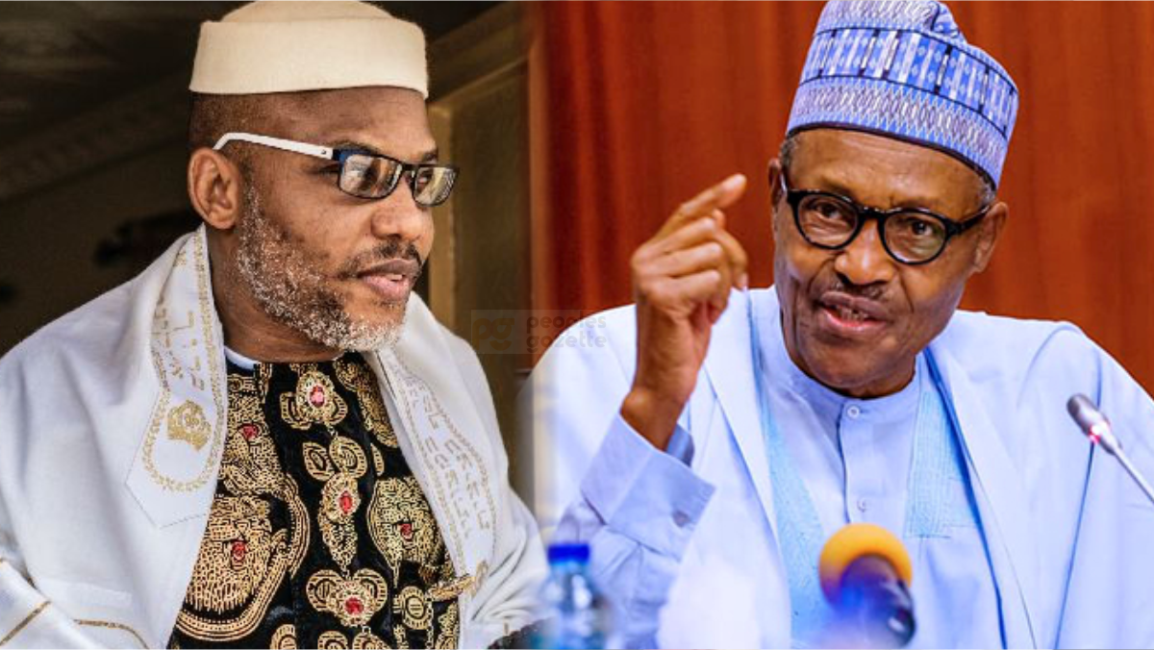 Igbo Think Tank, Nzuko Umunna, has said that views prevalent among Nigerians suggest that they are eager to see President Muhammadu Buhari approve the release of the detained leader of the Indigenous People of Biafra, Nnamdi Kanu.

This is part of the latest moves by stakeholders in the South East towards urging Buhari to consider a political solution to the matter.

Kanu is facing terrorism charges before the Federal High Court sitting in Abuja and the president had insisted that Kanu should defend himself in court.

But in a statement signed by the Executive Secretary of  Nzuko Umunna, Ngozi Odumuko, the group stated that it would be in the interest of “permanent peace” and “sense of nationhood” for the federal government to chose the path of “political solution” in addressing issues bordering on secessionist agitations.

The group further appreciated Kanu’s legal team for their effective representation in court, particularly, Barrister Ejimakor, who is leading a fundamental human rights suit on behalf of the IPOB leader, against the military’s raid on his client’s family house in Abia, in 2017.

The case is fixed for judgement on Wednesday.