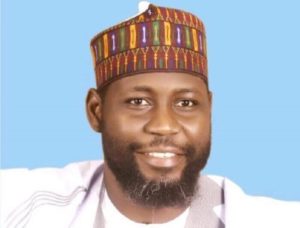 On November 15, 1884, 14 mainly European countries gathered in Berlin for a meeting which lasted to February 26, 1885. The aim of that conference was to split the continent of Africa and share it to the Europeans who were scrambling over it.

The countries represented were; Austria-Hungary, Belgium, Denmark, France, Germany, Great Britain, Italy, the Netherlands. Others include; Portugal, Russia, Spain, Sweden-Norway (unified from 1814 to 1905), Turkey, and the United States of America. Of these 14 nations, France, Germany, Great Britain, and Portugal were the major players in the conference, controlling most of Africa at the time.

Russia, though present at the conference, was not interested in the greedy project of acquiring Africa by force of arms. The Russians held firmly to the guiding principle of their policy as advocated by one of their founding fathers, V.I. Lenin who advocated equality and peaceful coexistence amongst all the peoples of the world.

It was this same message of equality of mankind that led Khrushchev (the former Soviet leader) to move a motion to end all forms of colonialism by 1960 at the plenary of the XVth session of the United Nations General assembly. The passage of the motion led to the crumbling of colonialism, and sovereign African states began to emerge one after another. Nigeria took its turn to gain independence in 1960.

The Soviet Union – precursor to Russian Federation – built into its foreign policy architecture a sensitive and positive response to assist Africa in building an egalitarian society for themselves.

In the case of Nigeria, the warm response from Russia was instant. Nigeria became independent on October 1 1960. In less than two months – on November 25, 1960 – the two countries established diplomatic relations.

The founding fathers of Nigeria said the foreign policy of the country was based on Africa as its cornerstone. Ordinarily, this should have drafted Nigeria very close to the Russians who took it on themselves to fight for the decolonization of Africa. Ironically, this was not the case because the first Republic leaders were under the heavy influence of the colonial masters.

The colonial masters induced Nigerian leaders to launch heavy, unfriendly propaganda against Russia in Nigeria during the early and mid-1960s. In contrast to this, nations like the United Kingdom, the United States of America, France, Italy, Spain and other countries in Western Europe at large enjoyed positive propaganda which made them seem as ideal and friendly.

The system of governance in most African countries including Nigeria was fashioned after their former colonialists and gave preference to the interests of the colonial masters. With this mindset, the environment was not conducive to friendly Nigeria-Russia relations.

During the early 60’s, the main interest of the Soviet Union was to expand its political influence among the countries of Africa and have more states converted into socialist-oriented nations in the then ideologically polarized world that was popularly referred to as the cold war. Nigeria being a capitalist state was not inclined to change its orientation. Its colonial master and allies were opposed to Nigeria and any of its former colonies having cordial relationship with Russia which they came to identify as a strong iron curtain – not be allowed a space of further expansion in Africa. Any manifestation of or link to the communist ideology was met with censorship and repression.

But there was no let-up on the part of Russia. They seized every opportunity to advertise their goodwill to Nigeria. When the civil war broke out in Nigeria with the Eastern Region declaring itself an independent state of Biafra, it was Russia that came to bail out Nigeria with arms to put down the insurrection. At the time, both the United States and the United Kingdom refused to sale arms to Nigeria. In fact France went a step further by recognizing Biafra as a sovereign state.

The Nigerian Civil War opened the eyes of Nigerian leaders to the reality of world politics. Nigerian youths became eager recipients of Soviet scholarships for higher education in the Soviet Union. This was a major opportunity for the Soviet Union to establish itself in sub-Saharan Africa’s major country.

These top level visits are too far in between and do not reflect the several challenges confronting Nigeria-Russia relations.

For instance, in order for agreements among nations to become operational, they are to be passed by the National parliament and that forms their legal framework. The agreements signed with Russia during these visits are yet to be ratified by the parliament with particular reference to the Abuja agreement of 2009 which covered six critical areas: Viz- Investment, cooperation in the field of peaceful use of nuclear energy, understanding in the field of exploration of outer space for peaceful purposes, transfer of persons sentenced to imprisonment, declaration on principles of friendly relations and partnership between Nigeria and the Russian Federation and several other agreements on the eventual establishment of the Intergovernmental Commission on Economic and Scientific-Technical Cooperation (ICESTC) between the two countries.

Adequate knowledge and clear understanding of culture, history, language, mentality, world-view, capabilities and potentials of other nations are crucial to foreign policy making. There is weak indication that the two countries have sufficient and adequate perception of each other. This in part is responsible for the lack of the political will to fully implement their existing bilateral agreements.

We have had serial disappointments with the western world from their refusal to help in the fight to keep Nigeria one and their current refusal to help with weapons to put down the Boko Haram insurgency under the spurious claims that the Nigerian military is abusing human rights. The supply of military equipment and materiel notably the MI-35 attack helicopters by Russia have played a high value addition in our fight against Boko Haram. Unfortunately majority among the Nigeria political elites are under strong influence of London and Washington whose interest is to distance Moscow from the affairs of African countries.

Still, there has been increased trade between Nigeria and Russia since the civil war experience. Dramatically, the Soviet Union became Nigeria’s best friend and ally such that by the time the civil war ended in 1970 Nigeria had opened its doors to other Soviet imports such as consumer goods and industrial manufacture.

The most significant highlight of the growing economic cooperation between the two countries was the award of contracts to Soviet companies for the establishment of the Ajaokuta Iron and Steel Complex and for the laying of oil pipelines across the country in line with the articles form economic and technical cooperation agreed upon by the two countries.

The project was however not completed as scheduled, and has continued to suffer several setbacks over the decades due to what should be seen as a lack of political will and adequate appreciation of the potential of the steel project to radically transform the economy of Nigeria and its capacity to be the foundation for the industrialization of the nation.

Similarly, ALSCON, Nigeria’s only aluminum smelting plant, handed over to Russian aluminum giant, United Company RUSAL PLC was closed down in 2014. Again, nothing much is heard of Gazprom, the Russian national energy giant, the biggest in the world, who signed a Memorandum of Understanding with the Nigerian National Petroleum Corporation (NNPC) on the exploration and exploitation of the nation’s huge gas reserves with a new joint venture company to be known as NiGaz Energy Company, which will also take part in several other critical infrastructural development projects, including the training of Nigerians among others. Both companies were expected to invest up to 2.5 billion dollars in the joint venture.

These are very good signs for Nigeria-Russia relations and should be pursued with vigor because they can lead to slow but steady growth of bilateral trade and the promotion of direct contacts between Nigerian and Russian officials and institutions, agencies and companies, opening up of opportunities for further cooperation in the area of energy, metallurgy, oil and gas and promotion of bilateral cooperation in the cultural sphere.

Nigeria needs Russian technology to boost industrialization just as Russia needs Nigeria as a market for its industrial products and military equipment. All issues on the privatization of ALSCON to Russian RUSAL including the legal tussles require diplomatic solutions in a manner that will bring the company to function at its maximum capacity.

The volume of on-going trade between the two countries still remains very low – a paltry $350 million. This is ridiculous given the rich economic and trade endowments of both Nigeria and Russia. Worse still, there is a consistent huge imbalance in favor of Russia.

In Nigeria, there are exceptional high-quality agricultural products such as oranges, mangoes, citrus, sweet honey that could easily rise to the top of the market demand in Russia.

There are many options available for the two countries to expand and deepen mutual trade and diplomatic ties in the interest of the two countries, world peace and prosperity. These options must be speedily pursued.

–      Monguno is member, Board of Directors, FCDA-Abuja-Nigeria.