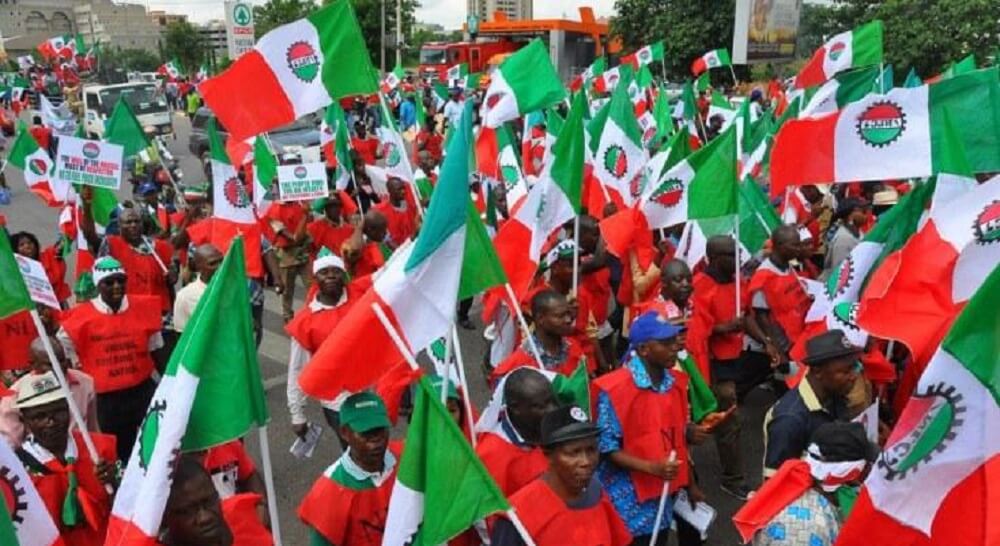 The Nigerian Labour Congress (NLC) has warned that it will direct the withdrawal of services of all workers in Nigeria should the Federal Government fail to resolve the lingering strike by the Academic Staff Union of Universities (ASUU) which has kept students at home for about six months.

NLC President, Comrade Ayuba Wabba, said this on Friday during an Arise TV interview monitored by THE WHISTLER.

According to Wabba, last month’s NLC protest has not yielded the desired results and the union is prepared to, as a matter of last resort, deploy workers’ power which is the withdrawal of services of all the workers in Nigeria.

“A whole academic year has been lost and we are toying with the future of these children, no justifiable reason is good enough to say why we cannot address the issue, and that is why NLC had to wade I,” he said

“I think at the point we are at, we must also act. What you can do today, why should you wait to do tomorrow? So time is of the essence and that is why we are doing that consultation and after the consultation, we’ll also communicate our position to the government.

“Hopefully, before next week they should also be able to resolve the issue. From what I heard, there have been some discussions with some of the unions but that has not yielded the desired results. Till our children are back to school we cannot rest on our oars. NLC will be willing to do anything to make sure that our children are back to school. It will be a matter of last resort for the government to allow the last decision of our National Executive Council which is the withdrawal of services of all the workers in Nigeria to actually take effect and we are considering all of that because it is already a decision that is on the table and we are working towards that.”

Continuing, he said ”Issues like this, particularly issues that pertain to industrial relations are better resolved on the table, but where they fail, we have to use workers’ power because if a worker has not been paid for seven months you should know that his entire family is in disarray and if you look at the chain of people that are affected, if the school system is working, you know that those that sell food, those that sell books, those that sell all manner of things in the value chain will also benefit. In this situation, all those in the value chain are also out of work, they don’t have means of livelihood and therefore it will add to the insecurity and the social challenge that we have in our system.

“We also know for sure that if children are out of school for seven months, a lot of things can happen. So nobody is happy and that is why it has given NLC a lot of concern and my advice to the government is to not allow us to deploy workers’ power as a matter of last resort.

“ASUU has a case and they have made that very clear and I think we should separate facts from information that is not correct. We will be ready to take on anybody on the issue, I think we should play less politics on the issue, we should speak about the substance of the issue and how to resolve it. It will be an act of irresponsibility for anybody to say that these issues do not matter or that we don’t have solutions. The burden of leadership is actually to find solutions and address it,” he stressed.

Recall that ASUU had declared a strike action on the 14th of February 2022 over government’s failure to implement the MoU it signed with the union, poor commitment to the payment of academic earned allowance (EAA) and the continued use of the Integrated Personnel Payroll Information System as well as refusal to adopt the Universities Transparency and Accountability Solution (UTAS).

@@dailyrecordng
Previous I Did Not Sue Atiku – Wike
Next Guinness, Nigerian Breweries, Three Others Earned N595.9bn From Alcohol, Other Drinks In Six Months