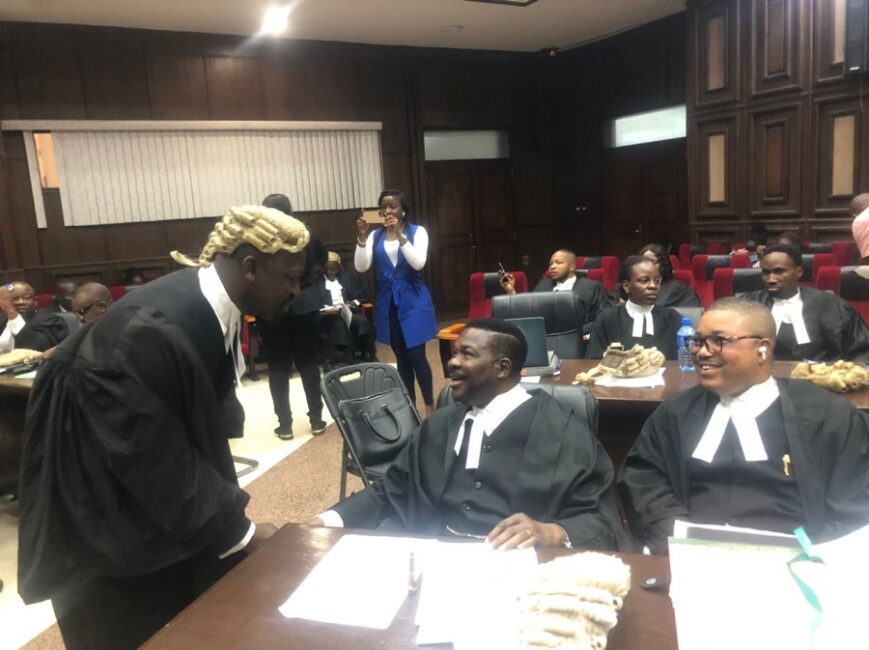 The Federal High Court sitting in Abuja on Monday adjourned the case between the Federal Government and the leader of the Indigenous People of Biafra, Nnamdi Kanu, to await the final verdict of the Supreme Court.

As listed on Justice Binta Nyako’s cause list, there were three related matters before her.

Two matters were slated for mention (Charge No. FHC/ABJ/CR/383/2015) and plea with the federal government as the applicant against Kanu.

The third application is slated for mention with Nnamdi Kanu as the applicant.

It was earlier reported that the Court of Appeal had quashed all FG’s charges against Kanu, citing “executive lawlessness”.

But a different panel of judges of the same appellate court later stayed execution of the judgement pending decision of the Supreme Court.

Both the FG and Kanu’s lawyers have appealed to the Supreme Court for Judicial interpretation.

As the trial court resumed, Kanu’s lawyer told the judge that she should await the decision of the Supreme Court on his client.

He said, “We are happy to report that on the 13 of October, the Court of Appeal delivered a landmark judgment allowing our appeal thereby setting aside the remaining 7 count charge.

“The prosecution has filed an appeal before the Supreme Court and that appeal is pending.

“Although, on the 28 of October, the same lower granted a stay of execution on our appeal.”

He added that on 3rd of November, he appealed to the Supreme Court against the ruling which did not invalidate the extant judgement of the Court of Appeal.

He said “The position therefore on this matter is that appeal has been duly entered before the apex court of Nigeria. With all respect sir, I humbly urge this court to adjourn (indefinitely) this matter and await the judgement of the Supreme Court.”

She held that she has to “stay put” on the case for now.