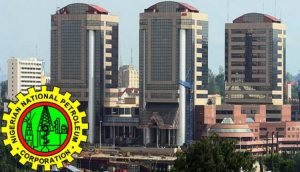 The Nigerian National Petroleum Company (NNPC) Limited has reassured Nigerians of its capacity to restore sanity in the supply and distribution of quality Premium Motor Spirit (PMS) also known as petrol across the country within a short period.

The Chief Executive Officer/ Group Managing Director of NNPC, Mallam Mele Kyari made the pledge at the end of a meeting with some oil marketers to resolve the issues generated by the recent supply and discharge of methanol blended petrol in some Nigerian depots.

Kyari emphasized that defaulting suppliers have been put on notice for remedial actions and NNPC is working with the Nigerian Midstream and Downstream Regulatory Authority (NMDRA) to take necessary actions in line with subsisting regulations.

Providing a graphic chronicle of the unfortunate incident, the NNPC CEO said that on 20th January 2022,the company received a report from its quality inspector on the presence of emulsion particles in PMS cargoes shipped to Nigeria from Antwerp-Belgium.

He explained that NNPC investigation revealed the presence of Methanol in four PMS cargoes imported by the following Direct-Sale-Direct-Purchase (DSDP) suppliers as listed in the table below.

He noted that cargoes quality certificates issued at loadport (Antwerp-Belgium) by AmSpec Belgium indicated that the gasoline complied with Nigerian Specification.

Kyari noted that as a standard practice for all PMS import to Nigeria, the said cargoes were equally certified by inspection agent appointed by the NMDRA.

“It is important to note that the usual quality inspection protocol employed in both the load port in Belgium and our discharge ports in Nigeria do not include the test for Percent methanol content and therefore the additive was not detected by our quality inspectors’’ he stated . .

However, in order to prevent the distribution of the petrol, the NNPC CEO said the company promptly ordered the quarantine of all un-evacuated volumes and the holding back of all the affected products in transit (both truck & marine).