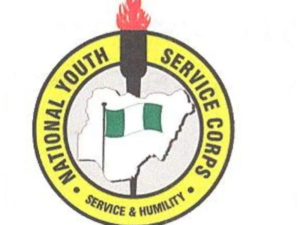 The management of the National Youths Service Corps (NYSC) Thursday decried what it described as the dilapidated state of the Katsina State Permanent Orientation Camp, and called on the state government to renovate and provide additional hostels to alleviate the difficulties faced by its staff.

The state NYSC Coordinator, Ahidjo Yahaya, who made the appeal on Thursday during the swearing-in of the 2019 Batch ‘B’ Stream I corps members deployed in the state, said the call became imperative considering the hardship the camp officials are facing.
He said the dilapidated camp facilities and inadequate accommodation were the major impediments confronting the MD Yusuf NYSC Permanent Orientation camp.

“I humbly request that His Excellency gives consideration to the renovation of some of the camp facilities especially the hostels which now require repairs and the construction of more accommodation for camp officials in the orientation camp,” he said.

He, however, said a total of 2,038 corp members were registered for the 21-day orientation course, adding that 1,082 are males, while 955 are females respectively.

Yahaya affirmed that the vision of the scheme was to groom Nigerian youths for the promotion of national unity, sustainable development and self-reliance to face predicaments of leadership within and outside the country.

He added that the NYSC since its inception, has impacted positively on lives of Nigerian youths on areas of education, health, infrastructure, agriculture and other laudable programmes.

While admitting that the Skill Acquisitions and Entrepreneurship Development (SAED) programme was the needed panacea for employment generation among youths, the state coordinator urged the corps members to embrace the training for ultimate productivity.
Governor Aminu Bello Masari, represented by the Permanent Secretary, Ministry of Education, Halima Lawal, vowed to tackle the accommodation issue bedevilling the camp to enable the staff of the scheme discharge their duties effectively.

The governor said his administration would continue to assuage the plight of corps members serving in the state through sustainable projects and adequate security throughout their service year.