Olatunji-Bello, Four Others In Final Race For LASU VC 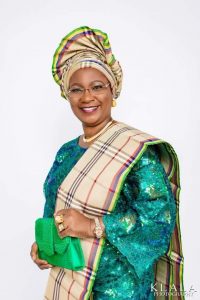 Five professors, including Professor Ibiyemi Olatunji-Bello, are in the final race to succeed Prof. Olanrewaju Fagbohun (SAN) as the ninth substantive Vice Chancellor of the Lagos State University, LASU, Ojo.

Olatunji-Bello is the wife of Lagos State Commissioner for the Environment and Water Resources, Mr Tunji Bello.

She is an astute manager of men and resources. To her credit, Olatunji-Bello has
served meritoriously on several occasions as Chairperson of the Organising Committee of the Annual National Women Conference of the Committee of Wives of Lagos State Officials (COWLSO).

They are expected to face the final screening exercise this week before three are recommended to the Visitor, Governor Babajide Sanwo-Olu, to make a choice from.

The tenure of Fagbohun is coming to an end on January 11, 2021. The front runners are Olatunji-Bello and Odusanya.

This is the third time Olatunji-Bello would attempt to become the VC of the Institution and has served in many capacities including Deputy Vice Chancellor, Academics and later as Acting Vice Chancellor.

Odusanya on his part is the Director of Research and Innovation and has organised two research fairs during the administration of Fagbohun.

Sources in the University say a lot of lobbying is on by the candidates, but there is also the anxiety that a wrong choice of candidate may erode all the gains recorded during the tenure of Fagbohun.

He is widely acclaimed to have turned around the fortunes of the University in the last five years.

LASU moved on in ranking to become the second best in the country.

Substantial part of the report culled from Vanguard.

@@dailyrecordng
Previous BREAKING: Finally, ASUU agrees with FG, calls off strike
Next HOW NIGERIA’S AFROPOP SENSATION, HOLMES TURNED THE HEAT OF 2020 INTO A HIT