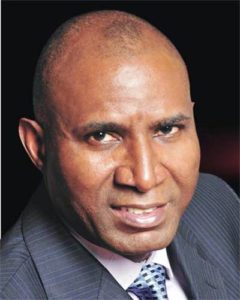 The crisis between the proscribed Parliamentary Support Group and others senators deepened on Sunday, as the senior lawmakers threatened to expose their colleagues in the PSG.

Some senators, who confided in The PUNCH, said contrary to the claim of the PSG members, they (PSG senators) were not working for President Muhammadu Buhari. Members of the PSG are against the amendment to the Electoral Act.

The Chairman of the Senator Committee on Petroleum (Upstream) Senator Kabiru Marafa, who spoke to one of our correspondents on Sunday, stated that efforts of  the pro-Buhari group had been counter-productive to the success of the President.

The Senate had two weeks ago proscribed the group but its members had rejected the proscription. The upper chamber of the National Assembly also suspended Senator Ovie Omo-Agege, who is Secretary of the group, for dragging the Senate to court over the Electoral Act amendment.

It was further learnt that as part of the group’s plans to fight back, the PSG , at the plenary on Tuesday (tomorrow), would challenge the ban on the activities of the group by the upper chamber of the National Assembly.

Marafa however challenged members of the PSG to come forward and express their grievances as they have planned, threatening that they would be exposed on their anti-Buhari activities.

“Let them come. We will confront them and tell them the truth to their faces. Let them call themselves anything but for God’s sake, they should not call themselves lovers or supporters of Muhammadu Buhari. They don’t support him; they don’t like him. That is the truth.

“The President never came out to say he needed anybody’s support. If you are talking about the elections sequence, he did not say he wanted somebody to support him; he only said he did not support certain clauses in the Electoral Act 2010 Amendment Bill,” he said.

Describing members of the group as hypocrites, the lawmaker recalled that they betrayed Buhari and the ruling All Progressives Congress by working against their candidates for the Senate leadership in 2015.

Marafa specifically cited the anti-APC/Buhari roles played by Senator Abdullahi Adamu and Senator Ali Ndume, who are now leaders of the PSG.

He said while those loyal to the APC and Buhari were members of the Senate Unity Forum, Adamu and Ndume had pitted their tents with the pro-Saraki’s Like Minds Senators. He added that it was later that both of them and several others “defected” from the LMS to SUF.

“If they are truly lovers of Mr. President, why did they queue behind the Senate President that time? Where was Ali Ndume? He was part of the Like Minds. They rebelled against the party and against the President. Why are they now creating another body to say that they are supporting the President? When the President asked them to do something, they refused to do it.”

Responding, Ndume said Buhari would now know who was more loyal to him (President) between him and Marafa.

He said, “I don’t want to take issues with Marafa. He is a senator and I am a senator but that is not to say that we are all the same.ý All animals are equal but some are more equal than the others. The good thing about this is that Buhari himself knows me, knows Marafa; and he knows who is Marafa and who is Ndume.

“The good thing is that Buhari knows me more than Marafa because I only met Marafa in the 7th Senate but I have been with Buhari since 2002. I only knew Marafa in 2011.”

Another senator, who spoke on the condition of anonymity, recalled that he had initially signed on with the PSG but was forced to back out of the group when he realised that it was “self-serving.”

While dismissing the claim by the group that they had “over 50” signatures to their credit, Marafa challenged them to publish the identities.

Meanwhile, President of the Senate, Bukola Saraki, on Sunday visited a female sergeant-at-Arms, Mrs. Sandra Davou, who was injured on Wednesday by the suspected thugs who invaded the Senate chamber and snatched the mace.

Saraki described it as a “sad day” and “a disgrace” to Nigeria’s democracy, while calling for unity and firmness in eliminating “all such undemocratic tendencies.”

Davou and her colleagues had struggled to stop the thugs but she fell in the process.

Saraki, who was accompanied by the Deputy Senate President, Ike Ekweremadu; Senator Isa Misau and Senator Baba Kaka Garbai, was at Davou’s home in Bwari Area Council of the Federal Capital Territory.

In a related development, Omo-Agege has denied signing the report by the Senate Committee on Ethics, Privileges and Public Petitions, which recommended the suspension of Ndume in March 2017.