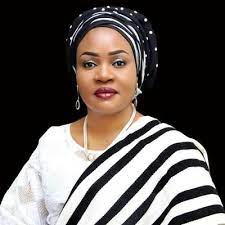 The First Lady of Benue State, Dr. Eunice Ortom, has lamented the consequences of illicit drugs and substance abuse on society, saying that many lives have been destroyed as a result.

The founder of the Eunice Spring of Life Foundation (ESLF), said that the menace had lingered over the years, advising that all hands must be on deck to effectively wipe out the practice.

Mrs. Ortom made the call in Makurdi while addressing the media at the end of the War Against Drug Abuse, (WADA), awareness campaign for schools in Benue State organised by the ESLF in partnership with the Office of the Wife of the Benue State Governor and the National Drug Law Enforcement Agency (NDLEA), Benue State Command.

She said: “The use of illicit drugs or substance abuse is an issue that has destroyed, devastated and consume many in our society because of its harmful effects.

“So we have a problem on our hands and it is a problem that affects everyone in the society. That is why it has even become necessary that everyone should be involved to not just tame the increase of substance abuse but to eliminate the habit from the society. This can only be done through purposeful partnership.

“The ESLF and the Office of the Wife of the Governor of Benue State is partnering one of our key groups in this fight to achieve that. They are actually the ones leading in the fight because they have the mandate to effectively lead the fight and take all the actions they need to take to change the situation and the narrative; and that is the National Drug Law Enforcement Agency, NDLEA. You can therefore see that I am here with the State Commander.

“We have to collaborate with everyone that is reasoning in the same direction with us. And one of the strategic partners in this fight is the young population, the adolescents, the youths and the young adults.

“We all know what is happening in the lives of most of them because in one way or the other they derailed. It could be through ignorance, it could be deliberate. But all we are saying is that we do not want to leave anyone to continue to take such harmful actions out of ignorance. That is why we are here to educate our children from the various schools that are represented here.

“We believe that prevention is key to keeping a serene environment drug free. In as much as we believe in the treatment for those that have fallen victims, it’s also important to give a second chance to those that may have fallen victim to have a better life, add value to themselves and the society.