Oyedepo: Why I Was Present At Obasanjo, Atiku Reconciliation Meeting 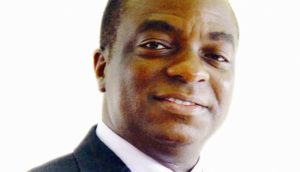 So also has the Bishop of the Sokoto Catholic Diocese, Rt. Rev. Matthew Hassan Kukah, confirmed Oyedepo’s position on his presence at the reconciliation, which many have tagged as an endorsement of Abubakar’s 2019 presidential bid

The Founder of Living Faith Church, popularly known as Winners Chapel, Bishop David Oyedepo, has explained the reason for his presence at the reconciliation meeting between former President Olusegun Obasanjo and his erstwhile deputy, ex-Vice President Atiku Abubakar, who is the presidential candidate of the Peoples Democratic Party for the 2019 election.
So also has the Bishop of the Sokoto Catholic Diocese, Rt. Rev. Matthew Hassan Kukah, confirmed Oyedepo’s position on his presence at the reconciliation, which many have tagged as an endorsement of Abubakar’s 2019 presidential bid.
Speaking in a sermon on Sunday at the headquarters of the church in Ota, Ogun State, Oyedepo said his sole aim is for a peaceful country.
He said: “Never be left in any doubt, I have never belonged to any political party and I will never belong to any.
“There is no political party where members of Winners are not.
“Our goal is to secure the future of Nigeria.
“We must talk about this and we have to appeal to people’s reasoning.
“We don’t want to see a war in Nigeria.
“I am called a peacemaker and I have done that at all levels in this country.
“I am anointed to be a mediator because the price of peace is cheaper than the cost of war.
“That is my involvement.
“I am invited and I don’t go anywhere I’m not called.
“You need me to come.
“People in every party, including the party in power, have been involved in such.
“It’s not theory.”
Kukah also confirmed the invitation of Oyedepo by Obasanjo in a peace he did to also distance himself from having endorsed Abubakar for the 2019 presidency owing to his presence at the reconciliatory meeting.
He wrote: “Earlier that morning, President Obasanjo had called me a second time and told me that he wanted Alhaji Atiku to come with the Chairman of the PDP, and two or three others. He also told me he had also invited both Sheikh Gumi and Bishop Oyedepo. This was welcome news – Bishop Oyedepo is a kinsman of his, and the presence of Sheikh Gumi made sense. I was a bit nervous, seeing that the circle was getting larger for something I thought was between three of us.”