PDP crisis: Atiku has moved on without Wike, others — PCC source 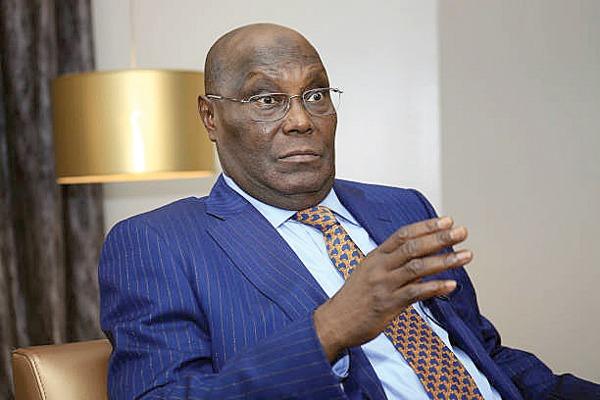 As the Peoples  Democratic Party, PDP kicks off its presidential campaigns in Uyo, Akwa-Ibom State today, the party’s candidate, Alhaji Atiku Abubakar, may have decided to move on with or without the involvement of Governor Nyesom Wike of Rivers State and some of his allies.

We also gathered from an ally of the PDP candidate that calls by the Wike team for the resignation of the party’s National Chairman, Senator Iyorchia Ayu has been jettisoned by “an overwhelming majority of the party.”

Indeed,  Mr Abraham Chila, leader of Ward2Ward4Atiku, a leading grassroots group mobilising support for Atiku, said Benue State and the North-Central will resist attempts to remove Ayu, saying the PDP national chairman will not be sacrificed like Chief Audu Ogbeh, who was forced out as PDP leader in the past.

This is coming as more details of how members of the PDP National Working Committee, NWC, and staff got N1.3billion housing allowance.

Both Atiku and Wike have been at daggers-drawn over Ayu’s removal as chairman of the party.

Also, some PDP bigwigs had pulled out of the Presidential Campaign Committee over Ayu’s refusal to step down as chairman.

A source, told Vanguard, yesterday, the party’s candidate and his allies have decided to move on with the campaigns without Wike and his team.
The source, who is an ally of the former Vice President, said: “Let me tell you the honest truth. As far as the Wike matter is concerned there is an overwhelming sentiment that the campaign has moved on.

“So, if Wike or anyone in his camp shows the readiness of coming in, they will be accommodated but nobody is waiting for them again because they are not important enough to hurt the process. That is the honest, overwhelming impression.”

On the call for Ayu’s resignation and for the setting up of a caretaker committee for the party, the source said it was not feasible.

He said: “What they are talking about is not what anyone will count seriously. There cannot be a caretaker committee for the party and nobody will take that because it is illegal. If you follow what is happening in the APC, it is about the court saying whether their candidate is legal or illegal.

“The NWC of the party, as it is now, should be left alone because anything done now, may affect a lot of decisions that are critical. It is a gamble that nobody is ready to take; whether good or bad, it should be left the way it is.”

In like manner Chila, in an interview, said: “Dr Ayu was not selected or imposed on the party by any single individual that could just wake up and call for his resignation. The national chairman was a product of the zoning of political offices before last year’s national convention during which the leaders of the party zoned the office of national chairman to North-Central and finally to Benue State.

“I understand that there are few people who see themselves as owners of PDP. It was such arrogance that propelled the removal of Dr Audu Ogbeh as national chairman in the past. But things have changed. Ayu is not Ogbeh.

“If such dictatorial impunity succeeded in the past it can no longer happen to another Benue State man, not a Tiv man. Maybe those calling on Ayu to resign want to repeat the hot water treatment given to Audu Ogbeh. They are stoking the wrath of the Tiv nation and we are watching them.

“Benue State, and indeed, the entire North-Central are ready to fight against the attempt to make the state and zone PDP’s whipping boy or burden-bearers of overbearing potentates. We have taken this insult with calmness believing that PDP counts on Benue State to lead it into good things and a new era.

How NWC members, staff got N1.3bn

“Meanwhile, fresh facts have emerged about events leading up to the approval and disbursements of various sums of money to members of NWC as well as secretariat staff of the PDP as Housing allowance.

A document sighted by  Vanguard,  yesterday, revealed that a total of N1.3bn was approved by the party leadership for disbursement.

The decision was a sequel to a memo presented by the party’s National Secretary, Senator Samuel Anyanwu at an NWC meeting attended by 13 NWC members with six members sending apologies.

The document read in part: “Housing Allowance for NWC/Staff: The National Secretary presented a memo requesting NWC to approve the payment of Housing allowance to members of the NWC and the Staff.”

In the comments section, the document read: “The National Vice Chairman, NW, suggested that the memo be amended by separating Deputy National Officers from NWC and also said the housing allowance should be approved considering how much it would help members and staff.

“The National Treasurer commended the National Secretary for ensuring that staff were also beneficiaries of the housing allowance.

“The National Auditor suggested that the two-year salary set aside should be invested.”

Subsequently, “the NWC approved a total sum of N1 billion, three hundred and seventy-eight million two hundred and eleven thousand, five hundred and eight Naira (N1, 378, 211,506) Only for the payment of Housing Allowance to NWC, Deputy National Officers and Staff.”

They each wrote letters addressed to the National Chairman expressing displeasure with a media publication which suggested that the money was paid as a bribe to secure their support in order to cover up an alleged financial impropriety.

However, in the attendance register sighted by  Vanguard, Arapaja’s name appears as number two after that of Damagum who presided over the meeting.

The controversy generated by the refund led to calls by some party leaders for the national chairman to step aside. Others felt it was an orchestrated plot to destabilise the party by making “a mountain out of a molehill.”