PDP decries use of police, military in Rivers by-election 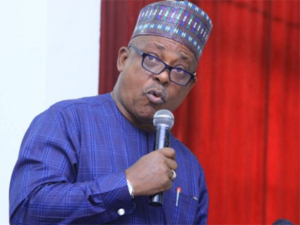 Peoples Democratic Party, PDP, has decried the alleged use of security forces, including special police and military units, by the All Progressives Congress, APC-led Federal Government in  last weekend’s bye-election in Rivers State. The party said: “Such brazen assault on the will of the people, particularly as witnessed in the last Saturday’s Rivers State Assembly bye-election, is completely provocative, incendiary and has an unlimited capacity to elicit violent resistance from the people and derail our hard-earned democracy, especially as we approach the 2019 general election.”

Meanwhile,  the Police in the state, has denied the accusations, saying,  “Police did not, at anytime, collude with any political party to discredit the political process as alleged in some quarters.” Rivers State Commissioner of Police, Mr Zaki Ahmed, said: “Election commenced peacefully in all the areas with accreditation.

Voting ended peacefully in many areas as reported by the various DPOs deployed to oversee security at the wards.” He said information however, got to them that armed political thugs were disrupting the voting process, adding,  “The Police, in the wake of this information, immediately deployed more personnel and Armoured Personnel Carriers to safeguard the election.” PDP,  in a statement by  its spokesman, Kola Ologbondiyan, accused the ruling party at the centre of  working in sync with security agencies during elections to the detriment of the opposition.

“We invite Nigerians to note that the use of security agencies by the APC to aid the subjugation of the people has become a regular practice as amply witnessed in the July 14, 2018 Ekiti State governorship election, the 2016 Edo State governorship election, the bye-elections in Kogi, Bauchi, Katsina and Cross Rivers and most recently, the River State Assembly bye-election, where special police units were used to manhandle voters, while providing cover for APC thugs to attack voters, snatch ballot boxes and disrupt the election.

“The APC, in its desperation, is resorting to this underhand means, because it knows that there is no way it can win in any peaceful and transparently conducted election in any part of the country, due to the public indignation against its dismal performance in the last three years.”