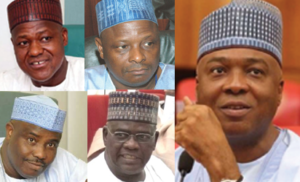 There were indications Sunday that three of the major losers in the People’s Democratic Party, PDP nomination convention may have been rewarded with return tickets in their present positions.

The tickets were given to them after the names previously listed for the above positions were dropped.