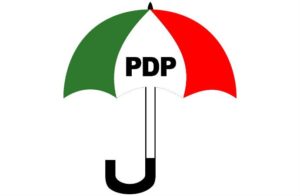 The National Working Committee (NWC) of the Peoples Democratic Party (PDP) has called on the Independent National Electoral Commission (INEC) to conclude the collation process for Rivers and Bauchi States, saying that the losers can approach the Election Tribunal to seek redress.
PDP National Chairman, Prince Uche Secondus, who made the call yesterday when the party’s NWC paid a solidarity visit to Governor Nyesom Ezenwo Wike at Government House, Port Harcourt, said it is illegal for anyone to stop an election midway.
Second us said: “I call on the INEC Chairman not to drag the country into crisis because of inconclusive elections. This manoeuvre is not good for the nation’s democracy.
“He should go ahead and conclude the process of elections in Rivers and Bauchi States. We should move ahead. Those aggrieved should approach the tribunal”.
The PDP National Chairman, who stated that leadership of the party are with Wike, said: “We are here to say that we stand with you. We have prayed with you in private and we are standing with you at this crucial and trying moment. We ask God almighty to ensure that you cross this red sea.”
Speaking during the visit, PDP National Secretary, Ibrahim Tsauri, called on the military should concentrate on the protecting the nation’s territorial integrity instead of getting involved in
Leadership
Share