PDP will beg Gov. Wike, we have made mistakes – Gov. Udom 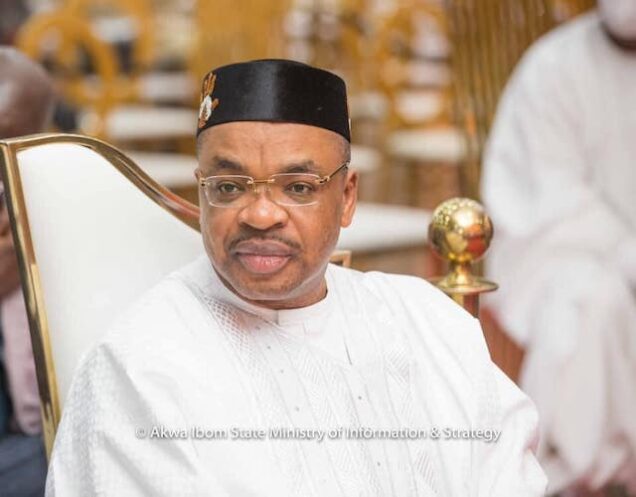 Udom Emmanuel, governor of Akwa Ibom, said “small men” in the PDP will go and prostrate before the big men who are unhappy in the party in order for PDP to win the 2023 elections.

Emmanuel, the chairman of the PDP presidential campaign council, spoke in a recent interview with ThisDay newspaper.

He admitted that PDP made some mistakes but expressed optimism that the internal wrangling will soon be over.

Emmanual said every vote is important if the PDP must win the 2023 elections.

The governor said: “We are trying to take the right step. That’s why you are asking about a few issues in our party, and I said, of course, we are making progress. We’ll resolve all issues. You can’t let anybody go in an election; every vote matters.

“Every single person is important in politics, not to talk of when you’re talking about very big men. Small men like us will go and prostrate ourselves before them: please oh, big men, don’t let us down. I’m into this game to win. I don’t think anybody will get to this point and be doing permutation. What kind of permutation?

Emmanuel added that the PDP will win the 2023 elections and that he wouldn’t have been the chairman of the party’s presidential campaign council if he wasn’t sure of victory.

Five governors of the PDP led by Nyesom Wike of Rivers have been at the forefront of calls for Iyorchia Ayu to step down as national chairman of the PDP, on the grounds that the presidential candidate and chairman cannot be from the same region.