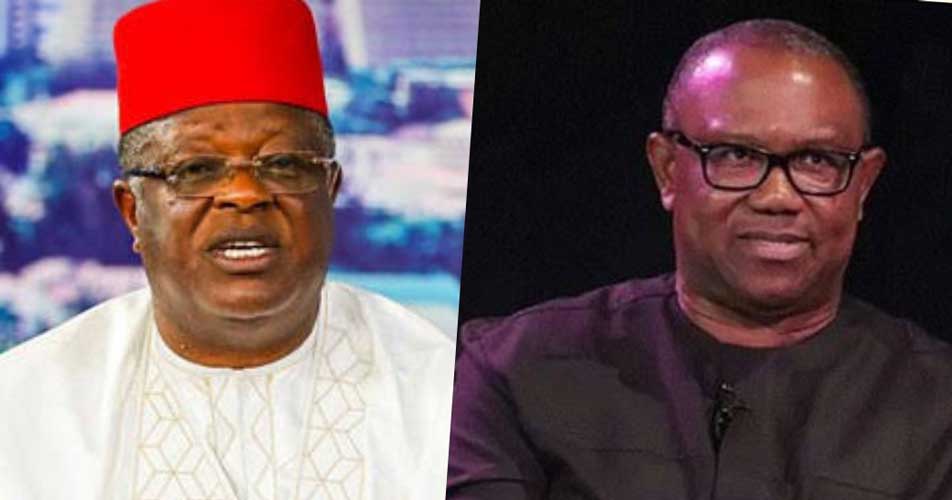 The Ebonyi State Governor, Dave Umahi, has said the presidential candidate of the All Progressives Congress (APC), Bola Tinubu, will win the 2023 presidential election and not his counterpart of the Labour Party, Peter Obi.

He said the former vice-presidential candidate of the Peoples Democratic Party, PDP in 2019 is preparing the ground for the South East to get presidency.

Umahi was speaking on Friday after meeting with President Muhammadu Buhari, at the Presidential Villa.

He downplayed Obi’s popularity saying his acclaimed “acceptability” does not mean he has what it takes to defeat the APC.

“He may not see it, but that is not to say that Peter Obi is not going to get substantial votes in the south-east,” Umahi said.

“So, while my party takes the victory, he would have prepared a very good ground for the south-east presidency, so that nobody is going to write us off. And you can see the level of his acceptability, which does not translate to victory over APC. I’m sure of that,” he declared.

The former presidential aspirant however recognised the candidacy of Obi pointing out that, “it’s a good movement. And it reassures the south-east people and the entire country that we are accepted, you know; that we will one day become the president of this country. It is very important”.

According to him, “The Peter Obi movement is a movement that is anchored on equity, justice and fairness. It may not translate to outright win because I must defend my party; I must wish my party well and I have the ticket of my party. But whether what he is doing has meaning there, it is not only in the south-east; it does have meaning.”

On the basis of political structure and the current outlook, he said Tinubu is properly positioned to come out victorious from the election.

“The structure and the spread of APC is such that victory is assured and I can assure you that some of the disagreements in some states are going to be resolved,” he said.

“Mechanism has been put in place by Mr. President, the candidate of the party, his vice and then the national chairman and leadership of the party, to sort out those differences.”