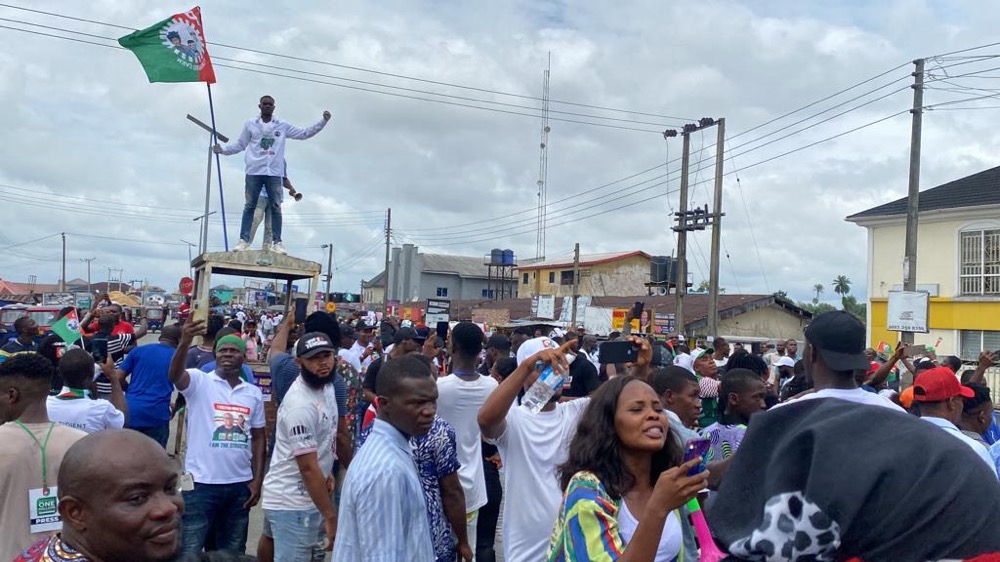 Supporters of Peter Obi, the presidential candidate of the Labour Party, are holding a march today in Umuahia, the state capital.

The march is tagged “Abia One Million Man Freedom March”

The participants, including men, women, youths and the physically challenged had converged at Abia Tower along Enugu Port Harcourt Expressway from where they took off.

The Obedient followers are currently at Michael Okpara Square heading to the popular Isigate Umuahia.