Police chief warns kidnappers, cultists to leave Lagos or write their will 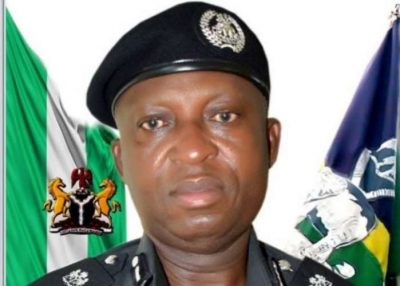 Commissioner of Police, Lagos State Police Command, CP Hakeem Odumosu, Wednesday sounded a note of warning to kidnappers and cultists, to either leave the state, renounce their membership or be prepared to write their will, threatening that the command would make their stay regrettable.

Odumosu gave the warning while briefing journalists on measures put in place by the command to address security challenges in the state.

He lamented that cultism and youth gangsterism was a major security challenge in state but was quick to inform that the command had reviewed its strategies as well as initiated far-reaching approach to eradicate the menace.

Citing the recent rescue of a female member of the National Youth Service Corps, NYSC in a kidnappers’ den in Epe area of Lagos, as an example of the command’s resolve, Odumosu, said that the command was battle ready to make the state uncomfortable for kidnappers and cultists.

He said, ” We have observed activities of those cult groups and gangs for the last two months and have gathered credible intelligence about them. The various cult groups and gangs identified within the state include: Aiye and Eiye confraternities, One million boys at Ajengule, Fadeyi boys at Fadeyi area, Akala boys at Mushin area, Nokia group at Surulere area, Shitta boys at Bariga, Oworonshoki, Shomolu and Palm grove areas, Awawa boys at Dopemu, Agege, Ogba and Iyana Ipaja, Ijesha boys and Aguda boys at Surulere.

“We have reviewed our strategies and have initiated a far-reaching approach to totally eradicate this menace. I have launched a Special Strike Force on social miscreants to effectively combat those miscreants who have chosen the wrong path of life. We are taking the fight to their doorsteps, we are all out for them. We will fish them out, isolate them and bring them to justice. We are battle ready to uproot every cultist den and hideouts until they are totally defeated.

” Let me therefore use this medium to sound a warning to members of those gangs and cult groups to either renounce their membership or be prepared to face the full weight of the law. Kidnappers should leave the state or write their will. This is a promise.

“And to parents and guardians of those youths, my message is simple, monitor activities and movements of your children and wards and make sure that their mission on the public space are legitimate otherwise, they should steer clear”, he said.