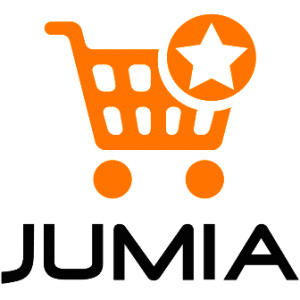 Africa’s leading ecommerce platform, Jumia has reported gross profit of €27.9 million, translating to a year-over-year increase of 12% in its 2020 Q4 and full year report released on Wednesday. The report by the pan African etailer showed that Gross Profit after Fulfillment Expense reached a record of €8.4m.

According to the company, business mix rebalancing, alongside enhanced promotional discipline, was a meaningful driver of economic improvement experienced throughout 2020, as the brand continues its progress towards profitability.

“While 2020 has been a challenging year operationally with COVID-19 related supply and logistics disruption, it has been a transformative one for our economic model, as we firmly put the business on track towards breakeven .We continued to make significant strides towards profitability during the fourth quarter of 2020. Gross Profit after Fulfillment expense reached a record €8.4 million during the quarter. In parallel, efficiencies across the full cost structure allowed us to decrease Fulfillment, Sales & Advertising and General & Administrative expenses (excluding share-based compensation) by 18%, 34% and 36% respectively, year-over-year. As a result, Adjusted EBITDA loss contracted by 47% year-over-year, reaching €28.3 million. In addition, we raised approximately €203 million in a primary offering in December 2020,” commented Jeremy Hodara and Sacha Poignonnec, Co-Chief Executive Officers of Jumia.

Jumia’s annual active consumers reached 6.8 million in the fourth quarter of 2020, up 12% year-over-year with continued growth in both new and returning customers. This cascaded to increased sales on the platform, as Jumia’s 2020 Black Friday sales records surpassed that of the previous year. The platform recorded 1.5 billion page views, up 34% when compared to 2019, while video content registered almost 100 million views, 3 times higher compared to the 2019 event. The report showed that more than 41,500 sellers participated in the 2020 event, with the top 20 sellers registering 141% growth in items sold in the 2020 Black Fridays compared to the same period in 2019.

The brand also recorded impressive figures on platform monetization. As contained in the report, Jumia Logistic service which was opened to third parties in 2020, shipped almost half a million packages on behalf of more than 270 clients.

The company also stated that General & Administrative expenses, excluding SBC, reached €21.8 million, down 36% on a year-over-year basis. This significant decrease was attributable to staff costs savings as a result of the portfolio optimization and headcount rationalization initiatives launched in the fourth quarter of 2019, alongside a decrease in professional fees, including legal expenses.

Jumia also reported operating loss of €40.0 million in the fourth quarter of 2020, while Adjusted EBITDA loss was €28.3 million, decreasing by 35% and 47% on a year-over-year basis respectively.