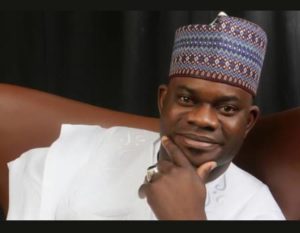 2019 Kogi elections may end up being the bloodiest and the most rigged election in the history of Nigeria. This is not a question of being an alarmist. It is rather because the incumbent governor, having failed woefully in governance has principally resorted to the use of security agents to rig and manipulate the outcome of the elections in favour of the ruling government.

A taste of what to expect in the elections in Kogi has started manifesting. In the Kogi Central Senatorial District where the governor hails from, members of the opposition are now harassed, harangued, maimed, killed and kidnapped on regular basis. The latest victim is one Enesi who was recently killed by armed men while several others went missing in recent night raids and hunts for men of the opposition parties in the Kogi Central.

In the same central, it is an open secret that the houses of Commissioner for Water Resources, the Commissioner for  Local Government and many of the local government administrators have now turned armouries where a huge number of sophisticated guns and ammunitions are off-loaded at nights purportedly by “men in uniform” unchallenged. It was being speculated that over 3000 assorted automatic weapons have been acquired by the governor and hidden in different locations across the state. The state local tabloids and social media have the news of the governor vowing that he was ready to kill anyone who stands on his way in the coming elections.

The Kogi East will definitely be a battleground of sorts too. It is the home of the all powerful Chief of Staff who has vowed to deliver his constituency to the governor at all costs. Recently in Idah, many vehicles belonging to Atai Idoko were destroyed by APC members while on campaign rallies. Pockets of violence from Kogi East are reported on daily basis and will be on the increase as we approach elections. The most troubling aspects of this violence is that they are often committed in the glaring eyes of security agents who choose to look the other way while these crimes are being perpetrated.

It has been rumoured that the Ogohi of Anyigba’s palace is the armoury for Eastern Kogi with brother, the administrator of Dekina Local Government, Alhaji Isiaka and Alhaji Ahmed, the Kogi East Zonal chairman of the APC as field commanders.

The Western Senatorial District appears calm as of today but we believe it is an uneasy and heavily pregnant calm.  This Senatorial District is the home place of Dino. The governor is betting it everywhere with his life that he would rather die than allow free and fair elections that would produce Dino. Since Dino enjoys cult followership in these areas, the modus operandi here will be to scare away many people from voting units so as to allow for heavily falsified results against Dino and Atiku.

The number of militants in training in Kogi is becoming very scary, worrisome, alarming and really frightening. The men of the Vigilante Service are now being secretly trained on the use of sophisticated weapons. The first batch of about 1000 men and women have passed out. Currently at the Lokoja Stadium, there are over 700 vigilante men/women in camp undergoing military training for the elections. Police and military uniforms are smuggled into the state for use in the elections.

Apart from this number being trained in the state, reliable information is that over 1000 militants are currently undergoing training in Yobe State for Kogi elections. The whole stories are really very worrisome.

By and large, the elections in Kogi may witness tales of anguish and failures except urgent steps are taken to counter the devilish plans of the state governor. The goings on in Kogi State must be exposed to the whole world by all means possible. This is a situation where a stitch in time will save nine.