Ronaldo: The biggest dream of my career is over 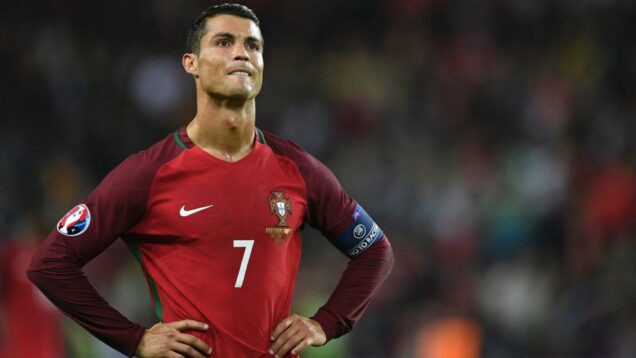 Cristiano Ronaldo accepts his “most ambitious dream” of winning the World Cup with Portugal is over but has held off from making a definitive call over his international future.

The 37-year-old made history in Qatar by becoming the first player to score in five separate World Cups, having netted in each edition since 2006.

However, that landmark goal – a penalty against Ghana in Portugal’s opening group match – proved a rare high point in a tournament that ended in frustration and heartbreak.

Ronaldo lost his place in the side and was a second-half substitute in the last-16 win over Switzerland and quarter-final loss to Morocco.

He did not discuss his future after the match, but the free agent took to social media on Sunday to confirm he will not take part in another World Cup.

“Winning a World Cup for Portugal was the biggest and most ambitious dream of my career,” he posted on Instagram.

“Fortunately, I won many titles of international dimension, including for Portugal, but putting the name of our country on the highest level in the world was my biggest dream.

“I fought for it. I fought hard for this dream. In the five tournaments I scored in over 16 years, alongside great players and supported by millions of people, I gave my all.

“I left everything on the field. I never turned my face to the fight and I never gave up on that dream. Unfortunately, yesterday the dream ended.”

Ronaldo is both Portugal’s most-capped player (196) and record all-time goalscorer (118).

He is currently without a club after having his contract with Manchester United terminated by mutual consent last month.

There had been suggestions he would call time on his international career after Qatar 2022, but the former Real Madrid man will wait before making a formal decision.

“I was always one more person fighting for everyone’s goal and I would never turn my back on my teammates and my country.

“For now, there’s not much more to say. Thank you, Portugal. Thank you, Qatar. The dream was beautiful while it lasted.

“Now, it’s time to be a good advisor and allow each one to draw their own conclusions.”

While Ronaldo fell short in his bid to win the World Cup with Portugal, he played a part in his nation’s Euro 2016 triumph and their Nations League success three years ago.