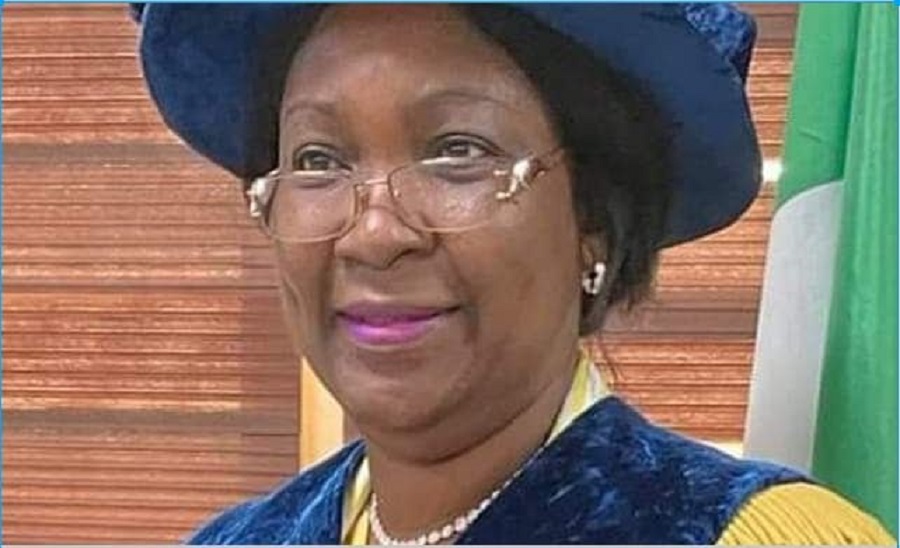 Wife of the Lagos State Commissioner for Environment and Water Resources, Prof. Ibiyemi Olatunji-Bello, has been named the Vice-Chancellor, Lagos State University, Ojo

Ibiyemi is the wife of Mr. Tunji Bello, who is one of the aides of Governor Babajide Sanwo-Olu.

The new substantive VC, who is a 1985 Psysiology  graduate of the University of Ibadan is a former Acting VC, LASU.

She is the first female vice Chancellor of the state owned university and the ninth substantive VC of the institution.

Prof. Ibiyemi Olatunji-Bello then proceeded to Methodist Girls High School, Yaba, and Lagos State College of Science and Technology, Ikosi Campus where she did her “A” level in 1982. For her university education, she attended the University of Ibadan from 1982 to 1985 where she bagged a BSc (Hons) in Physiology.

She assumed duty as the First Professor of Physiology in Lagos State University College of Medicine on the 2nd of October, 2007.