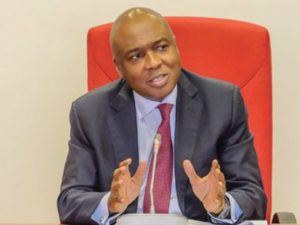 Senate President Abubakar Bukola Saraki has complied with the order of a Federal High Court in Abuja by paying the entitlements of Senator Ovie Omo-Agege.

Counsel to Omo-Agege, Alex Izinyon (SAN) on Thursday informed the court that the Senate has complied with the order of the court on October 12 barely 24 hours after the court warned of contempt proceedings against the Senate President.

Omo-Agege, who represents Delta Central Senatorial District had filed the Contempt Proceedings to press for the payment of his entitlements after the court on May 10 ruled that his suspension for 90 legislative days, about six months while the matter was in court, was unconstitutional.

Izinyon had brought the Form 49, the contempt charge instituted against Saraki, that while the lawmaker had been allowed to resume to the Senate, the order for payment of his entitlement has not been obeyed.

The two chambers of the National Assembly in July approved the suspension and prosecution of Senator Omo-Agege and six others on charges of treasonable felony, assault occasioning harm, conspiracy to steal and actual theft of the mace, following the invasion and carting away of the mace of the assembly.