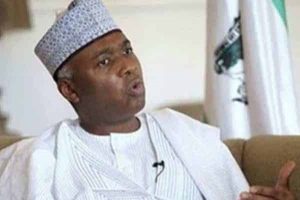 An alliance of over 20 Civil Society Organisations, the Peoples Democratic Party and former Vice-President Atiku Abubakar, among others, on Friday hailed the Supreme Court judgment which put to rest the trial of Senate President Bukola Saraki on false assets declaration and sundry charges instituted against him before the Code of Conduct Tribunal in 2015.

They described the apex court ruling as a triumph of justice and a pointer to the neutrality of the judiciary in the country.

The Federal Government had commenced the criminal proceedings against Saraki in September 2015, accusing him of failing to declare some of his assets in Lagos and Abuja despite having acquired them before he became the governor of Kwara State between 2003 and 2011.

He was also said – among other things – to have made anticipatory declarations in one of the assets declaration forms he submitted to the Code of Conduct Bureau while being the Kwara State governor.

But Saraki had filed a no-case submission, urging the Danladi Umar-led CCT to dismiss the case and should not call on him to defend the case as the prosecution failed to provide credible evidence linking him to the alleged offences.

The CCT, in its ruling delivered in June 2017, agreed with Saraki’s legal team, led by Chief Kanu Agabi (SAN), by dismissing the entire 18 counts preferred against the Senate President.

However, the Court of Appeal in Abuja, ruling on December 12, 2017 in an appeal filed by the Federal Government against the decision of the CCT, restored three out of the dismissed 18 counts and ordered Saraki to return to the CCT to defend the three charges.

However, in its lead judgment delivered by Justice Centus Nweze on Friday, the apex court upheld Saraki’s appeal and dismissed the Federal Government’s cross-appeal.

Justice Nweze agreed with the CCT that the evidence led by the prosecution at the tribunal was entirely hearsay.

He added, “This court cannot lend its juridical stature and acclaimed eminence to such a caricature of justice.

“Against this background, therefore, I have the duty to vacate the judgment of the lower court.”

Discharging Saraki by upholding his appeal, Justice Nweze ruled, “I therefore in the penchant command of Section 302 of the Administration of Criminal Justice Act enter an order discharging the appellant.

“Accordingly, I restore the ruling of the trial tribunal in favour of the appellant. Appeal allowed.”

Applauding the apex court ruling on Friday, the Concerned CSOs Alliance for Democracy and Development, comprising of over 20 groups, said Saraki’s triumph should not be surprising to the discerning.

The National President of CCA4D, Ishaku Abubakar, said in a statement that this was because “the business of governance, for three years now, has been sacrificed on the altar of sinister politicking.”

Abubakar said thankfully, the judiciary had proved to be the beacon of democracy and the last hope of the citizens.

He said, “The Federal Government and its political actors have been on a campaign to smear anyone they perceive as a threat and they have become a coat rack for jingoistic and hostile fly-by comments that disunite the country instead of healing the divides.”

Also hailing Friday’s ruling, the PDP in a statement by its National Publicity Secretary, Mr. Kola Ologbondiyan, said going by the judgment, the Supreme Court “has reinforced the confidence of the citizens in the judiciary as the last hope of the common man, particularly under an oppressive regime.”

Similarly, Atiku praised the Supreme Court’s judgment, stating that the judiciary’s position had further affirmed the fact that it was the last hope for all men and “the real bastion of equity and good governance in any society.”

Meanwhile, scores of supporters of the Senate President, especially women and youths, on Friday thronged to the streets of Ilorin, Kwara State capital, to celebrate Saraki’s win at the Supreme Court.

The crowd later gathered at the palace of the Emir of Ilorin, Alhaji Ibrahim Sulu-Gambari, where the monarch and many members of the Ilorin emirate community offered special prayers to show gratitude to God over the verdict.

The Emir hailed the Supreme Court’s verdict, while thanking the women and youths for their show of love and affection for Saraki, whom he described as “my beloved son.”

The Kwara State Governor, Alhaji Abdulfatah Ahmed, in a statement by his Chief Press Secretary, Alhaji Abdulwahab Oba, stated that the judgment had vindicated Saraki as a “trustworthy and patriotic Nigerian that would do everything necessary to carry the country to an enviable height.”

The Publicity Secretary of the factional APC in the state, Alhaji Sulyman Buhari, also said in a statement that the apex court’s judgment was a victory for democracy and a landmark verdict on “the incorruptible credentials of Saraki.”

In a similar vein, the National Publicity Secretary of the Reformed All Progressives Congress, Kassim Afegbua, said the judgment was a confirmation of the “long-held notion that the prosecution of the Senate President was politically motivated.”

Likewise, the National Coordinator of the Human Rights Writers Association, Mr. Emmanuel Onwubiko, said, “From day one, we as a human rights body have always criticised the systematic clampdown unleashed on the leadership of the National Assembly following the independent way that those holding offices in the National Assembly emerged without playing second fiddle to the executive branch of government.”

Reacting to his acquittal by the Supreme Court on Friday, Saraki reiterated his confidence in the judicial process and the ability of the judiciary to do justice to all manners of men and in all circumstances.

The Senate President, in a statement personally signed by him, said that as a result of the “war of attrition”, the various arms of government had wasted resources needlessly.

He said, “It has been three wasted years across board in this country. Three years that would have been devoted to tackling issues affecting Nigerians – including economic recovery, insecurity, youth unemployment and strengthening national institutions – were wasted on malicious prosecution.

“It is my hope that those who are behind my persecution will see the handwriting on the wall and leave me to do the work for which I was elected, so I can continue to give my all to this great country of ours.”