Senate confirms Buhari’s spokesman, Keyamo as board member of NDIC 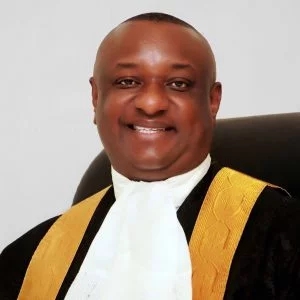 The senate has confirmed Festus Keyamo, spokesman of the President Muhammadu Buhari 2019 campaign organisation, as a board member of the Nigeria Deposit Insurance Corporation (NDIC).
The lawyer was confirmed alongside other six nominees on Wednesday after the deputy senate president, Ike Ekweremadu, put his nomination to a voice vote.

The upper legislative chamber cleared Keyamo and six nominees following the presentation of a report by Rafiu Ibrahim, chairman, senate committee on banking, insurance and other financial institutions.
Ibrahim explained that Garba Buba, a nominee, was the only person who did not show up before his committee during the screening exercise.

“The only nominee that was absent, Buba, and the presidency said that they were working on it

“The nominees screened are resourceful, they have knowledge of the NDIC and CBN acts. They have been also cleared by the police and the Department of State Services (DSS),” the senator said.
Ronke Sokefun was confirmed as the chairman of the governing board of the corporation after Buhari withdrew the nomination of Olabode Akin Mustapha.

Here are the other nominees confirmed as board members: