Serena isolates self amid coronavirus outbreak 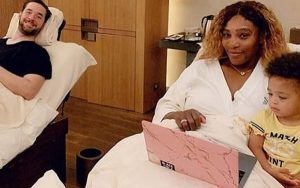 TENNIS great Serena Williams shared on Instagram that she would be spending the “next six weeks in solitude” in order to protect herself and her family from the coronavirus pandemic — which has put the sports world on pause the past two days.

“Spending the next six weeks in solitude,” Williams wrote with a video of her doing her makeup. “Being a wife. Being a mom. Cooking. Cleaning. Spring cleaning. Face mask. Makeup tutorials. I’ll let you know how it goes … Stay safe everyone. This is serious.”

Williams hasn’t played since a pair of Fed Cup Qualifiers early last month in Washington, her first outing since she fell in the Round of 32 at the Australian Open in January.

Nearly every sports league in the country has shut down or suspended operations amid the outbreak, starting with the NBA — which stopped on Wednesday night after Utah Jazz center Rudy Gobert tested positive. Countless leagues and events have since followed suit.

The outbreak hasn’t slowed, either. As of Friday night, more than 143,700 people have been infected and at least 5,397 have died due to the virus, according to the New York Times, and there are more than 2,100 cases in the United States.

While living in “solitude” for the next six weeks could be a bit boring, Williams promised to keep us updated with her progress and activities at home with her family — which should hopefully provide a bit of entertainment in our otherwise sports-less world.