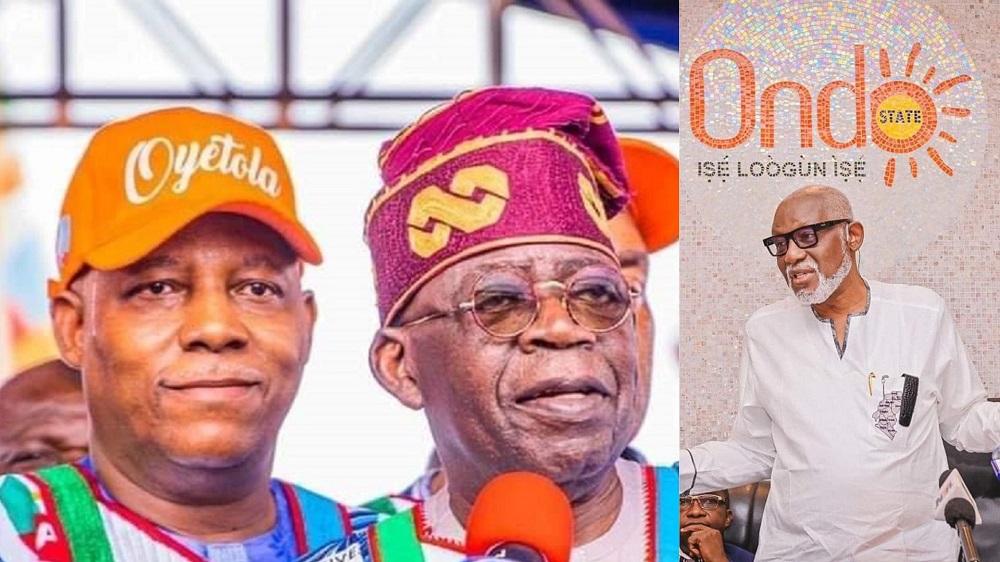 Ondo State Governor, Arakunrin Oluwarotimi Akeredolu, SAN, on Wednesday, urged Nigerians in the southern divide not to judge Bola Tinubu and his running mate, Kashim Shettima based on religion.

He said competence should be yardstick for voting them into office during forthcoming 2023 presidential election.

He urged Nigerians to vote for competence in the 2023 Presidential election, adding “that the faith of the Vice President doesn’t affect performance in any government.”

The governor disclosed this in a statement signed by his Chief Press Secretary, Richard Olatunde.

He spoke while swearing-in two new commissioners, at the Cocoa Conference Hall of the Governor’s Office, Alagbaka, Akure.

He gave the charge to Ondo residents, adding that they should allow Tinubu to replicate his governance of Lagos state across Nigeria.

“Muslim-Muslim Ticket has nothing to do with performance. Let’s vote for someone that can do something. The work stops on the table of the President. It is the President that you are voting for. He decides what happens. Whether it’s a Muslim/Muslim or Christian/Christian, it should not matter to us in the South because we fought for this.

“I have no doubt that given the opportunity, from what he has done in Lagos, Asiwaju Tinubu will turn things around for the better,” the governor said.

Akeredolu’s comments however runs contrary to the position already taken by the leader of the Pan-Yoruba socio-political organisation, Afenifere, Pa Ayo Adebanjo.

Adebanjo said that the Yoruba body will vote for Peter Obi because the presidency ought to go to the South East for the sake of fairness and equity.

“Yes we have endorsed Peter Obi. My reason for supporting him is because based on equity and justice the presidency should go to the South-East. That is what I have been saying. I have not changed my position on that. If you want peace and tranquility in this country; if you want the country to be united, we must do the right thing by ensuring the presidency goes to the South-East. I have no reason to change my stand.,” Adebanjo had said.