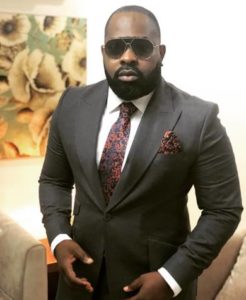 Mr. Frank Okamigbo, the CEO, Papas Group has joined his voice to the voices of the noble men and women of the great nation calling for a peaceful, free, fair and a violence free election.

In an interactive section with newsmen over the weekend, Mr. Frank who is a UN Youth Ambassador for Peace expressed a passionate concern on how violence has eaten deep into the electoral process of this nation and youths being in the core of these violence breaks his heart more. In his words, “though Nigerian elections have historically been tensed and as campaigns get hotter and elections draw closer, there are always major concerns and worries that the process will yet see a number of violence”. “We cannot all belong to the same political parties just as we cannot all come from the same families and it is very normal if we have different preferences of political candidates but we don’t have to kill ourselves, he added.

Speaking on youths participation in the electoral processes and being also the tools for election violence he said, “it is a sad irony that young people who should have the most motivations to visualize the long term and interest in the future are the mostly likely to be manipulated to sacrifices their own long term interests and sometimes their live for the sake of the older generation in power.” He then added that “young people are the leaders of today and constitute a majority of voters in Nigeria, Africa and the world at large. It will be very terrible to think of preventing them from participating in the election process but we must encourage and guide them to channel their raw energy towards meaningful and productive ventures rather than unholy activities.

Frank who is also a Master’s Degree holder in Philosophy from the University of Lagos advised the different political candidate vying for electoral seats to let the supremacy of development ideals, peace, love and unity be the focus and desist from endangering and destroying the bright and brilliant future of this great nation by reducing our youths to mere political thugs and tools of vendetta against their political opponents and enemies.

He then urged the general public to go get their permanent voters card (PVC), come out on the day of the elections and vote wisely to save the future of our children, our youth and the future of our beloved nation, Nigeria.