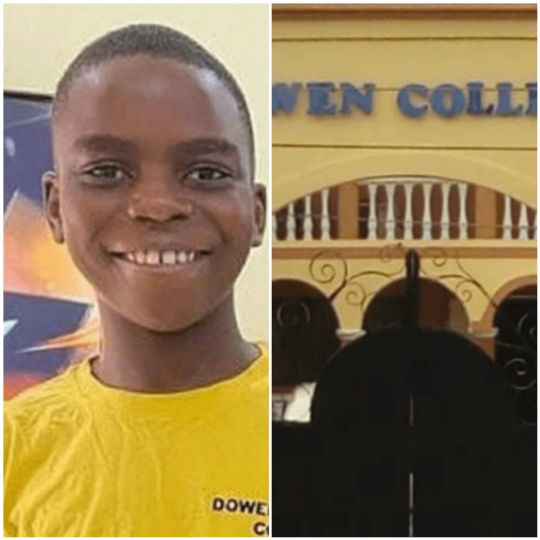 Ijaw leaders in Lagos have called for speedy court judgement of the case of Sylvester Oromoni, an ex-student of Dowen College, who died.

Mr Regent Youmor, Coordinator and Ex-president of the Ijaw Community in Lagos, stated this in an interview.

According to him, the unfortunate incident was more of a moral issue than legal.

Youmor said that the Ijaw community wants an expedited court judgement for Sylvester Oromoni to bury his corpse.

He said that it was against the culture and traditions of the Ijaw people to keep a young man’s corpse without burial for a year.

He said that the right thing to do was to bury the corpse so that the soul could rest peacefully.

His family is alleging that he died from injuries he sustained in an attack by five senior students of Dowen College, for refusing to join a cult.

The family also alleges he was forced to drink a substance by his attackers.

Advice by the Lagos State Director of Public Prosecutions (DPP) released on Jan. 4, however, disputed the allegations.

It stated that an autopsy revealed the cause of the student’s death as acute bacterial pneumonia due to severe sepsis.

Youmor said, “The case is a sensitive case involving a corpse that is yet to be buried.

“We, therefore, appeal that judgement be passed speedily for the corpse’s soul to rest peacefully.”

Meanwhile, he opined that there were spiritual implications for not burying a young child that died mysteriously.

Among those calling for speedy judgement included Mr Ebitimi Dio-Posibi, who said angry reactions from various elders and youth organisations trailed the delay by the judiciary in concluding the investigation one year after.

Dio-Posibi said that due to long judicial process, the youth had yet to be buried against Ijaw tradition and culture which was causing the elders great concern.

Mr Henry Oyobolo, immediate past Chairman of Ijaw Youths Council, Lagos chapter, said that it was almost one year since his death under mysterious circumstances.

Oyobolo said that up till now, the fact finding court which started in Epe since January had yet to conclude its assignment.

He said that this was quite frustrating and the Ijaw people were not happy.

Youmor said that the Ijaw leaders in Lagos, in unison, plead with the investigative court for quick dispensation of justice as justice delayed was justice denied.

Thereafter, he prayed for the soul of their departed bright star to rest in peace.