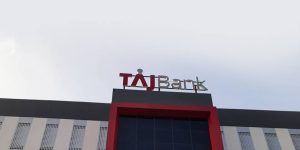 TAJBank, Nigeria’s first non interest bank, has reiterated its commitment to contributing to the growth and development of the Nigerian education sector.

The commitment was made at the commissioning of new infrastructure at Saint John Paul School, Akwa Ibom State.

The Minister of Niger Delta Affairs, Senator Godswill Akpabio, who was the special guest of honour, commended the Bank for believing in the vision of the school and accepting to providing finance for expansion of the institution’s infrastructures.

This, he said, was an evident indication of the Bank’s willingness to collaborate with credible bodies in its drive to contribute to the significant improvement of the nation’s education sector.

Akpabio also urged the Bank to open a branch in Uyo as a priority once it gains its national license. Representing the Bank at the event, Mr Nasir .T. Usman, acknowledged the enormous strides that the leadership of Saint John Paul School Akwa Ibom has made to fill in the gap of quality education in Nigeria taking into cognizance critical factors such the need for affordability to the general populace. He noted that the results were evident in the school’s nine years of existence as it had succeeded in molding students of great intellectual output and high moral standing.

In just over one year of operations, TAJBank has recorded several milestones. Recently, the Bank was awarded Bank of the Year by Leadership Newspapers Group for its remarkable performance and efforts in driving financial inclusion to people at the grassroots.

In attendance are the Chairman of the school, Her Excellency, Ilona Akpabio, the Sole Administrator of Niger Delta Development Commission, NDDC, Mr. Akwa Efiong and others.