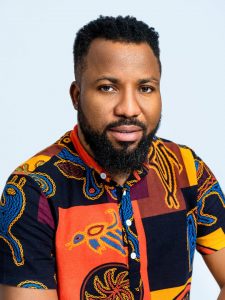 The 2021 edition of the Africa international film festival (afriff) was held on 7 – 13 November, in Lagos. Themed Africans for Africa highlighted the journey of afriff through its first to the tenth anniversary, culminating in mutually beneficial partnerships with global film superpowers like Amazon Prime, and representation from a wide array of film and TV professionals from all over the world.
The roundtable panel discussion on accessing creative industry grants was with Mr. Madison Conoley, the Cultural Affairs Officer of the U.S. Missions in Nigeria, and Mr. Victor Mark-Onyegbu, the Grant Director at Africa no Filter invited to discuss the subject matter was moderated by Award-winning Filmmaker and Contract lawyer Theo Ukpaa;
The hour-long session involved in-depth discussions on the dos and don’ts of the grant application for filmmakers and key take always include How to apply for grants and how not to apply. with Theo asking relevant questions, triggering the submission of relevant information by the panelists to the session attendee, the session as very enlightening and engaging, covering aspects of accessing grants including the type of grants, who should access them, doing proper research before application and creative ideas that can pass approvals easily.
Theo Ukpaa who is also the Chief Operations officer in a statement after the session said he had put the session together to empower and equip a lot of people in the creative industry who have been trying to access grants but have not been lucky passing the first stage of applications. Every year, millions of dollars are made available for filmmakers vis several grant programs but very few people are able to access them. The session hopes to change this narrative.
The Africa International Film Festival AFRIFF, Founded by Chioma Ude is a world-class showcase that presents a complete immersion into the world of filmmaking.
Overall the session was impactful and memorable.
Share