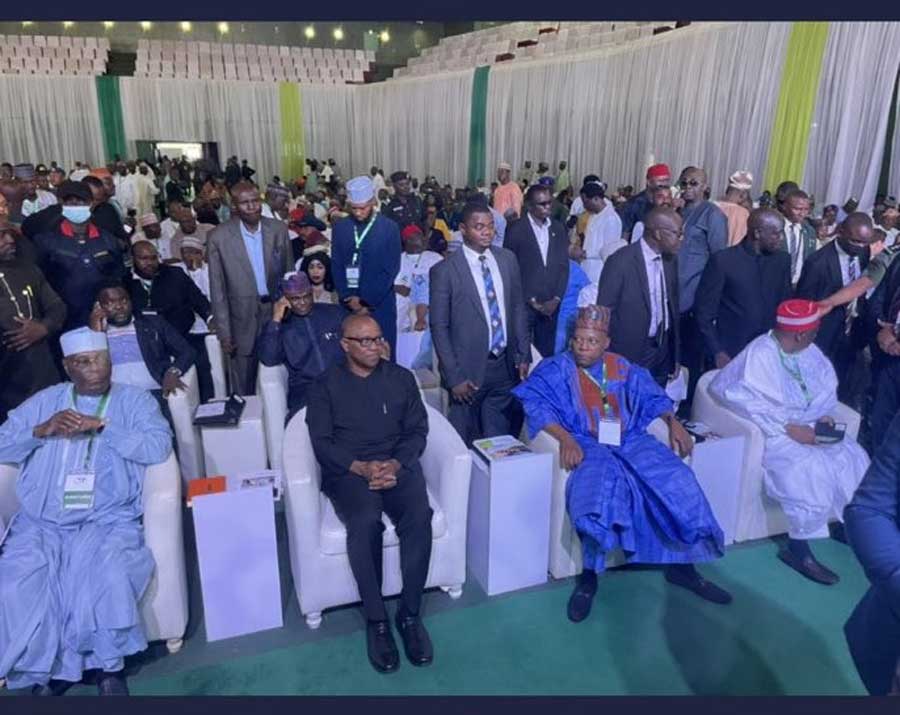 Presidential candidates of respective political parties on Wednesday attended the First National Peace Accord held at the International Conference Centre.

As of the time of this report, Peter Obi of the Labour party, Atiku Abubakar of the People’s Democratic Party, Rabiu Kwankwaso of the New Nigeria People’s Party, Omoyele Sowore of the Action African Congress, among others had arrived for the occasion.

As of the All Progressive Congress, it’s presidential flagbearer was not on seat but was deputized by his running mate, Kashim Shettima.

Tinubu was reported to have traveled out of the country on Monday, September 26 and it is unclear if he had returned to the country.

The accord is aimed at ensuring peaceful campaign devoid of any activities that will taint the electoral process and render it unacceptable by the electoral body and other stakeholders.

Speaking at the event, the Chairman of the Independent National Electoral Commission, Mahmud Yakubu warned against violation of the Electoral Act 2022 with regards to the use of state apparutus for political gains.

Professor Mamud Yakubu said the Electoral Act states that the federal and state governments must not use state apparutus to the disadvantage of other political parties, citing exorbitant fees for use of venues in some states.

The event which is currently going on was attended by diplomats, political actors as well as religious leaders including the Sultan of Sokoto, and Reverend Father Matthew Kukah.