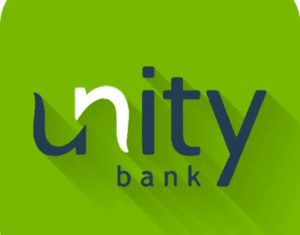 Nigeria’s retail lender, Unity Bank Plc has declared half-year gross earnings of 23.6 billion Naira, a 3% increase when compared with the corresponding period of 2020.

The Agric-focused lender’s unaudited half-year 2021 financial statement submitted to the Nigerian Exchange Limited on Friday showed improved performance on several key indicators including a 34% increase in Profit Before Tax, PBT to N1.502 billion from N1.120 billion recorded in H2 2020.

Profit After Tax, PAT equally rose by 34% to close at N1.382 billion within the period under review from N1.030 billion recorded in the corresponding period of 2020, a sign of a stronger recovery in the overall economy and the Bank’s key focus market segment after a disruptive pandemic year.

Interest and similar income also rose recorded a marginal 2% growth to close at N20.273 billion compared to the N19.787 billion recorded in half-year 2020. Earnings per share rose by 3 kobo to close at 11.82 Kobo within the period compared to 8.82 Kobo recorded in the corresponding period of 2020.

The financial report which also contained the details of a separate Q2, 2021 report also showed that the Bank recorded a 17% leap in gross income to N12.322 billion from N10.497 billion recorded in the corresponding quarter of 2020.

The major highlights of the Q2 report is a significant increase in fee and commission income by a whopping 297% to N1.471 billion from N370.47 million. This is even as the net interest income for the quarter spiked by 34% to N5.063 billion from N3.790 billion in the corresponding review period.